Too cool for school?

This development may have divided opinions, but he is the most popular author right now. 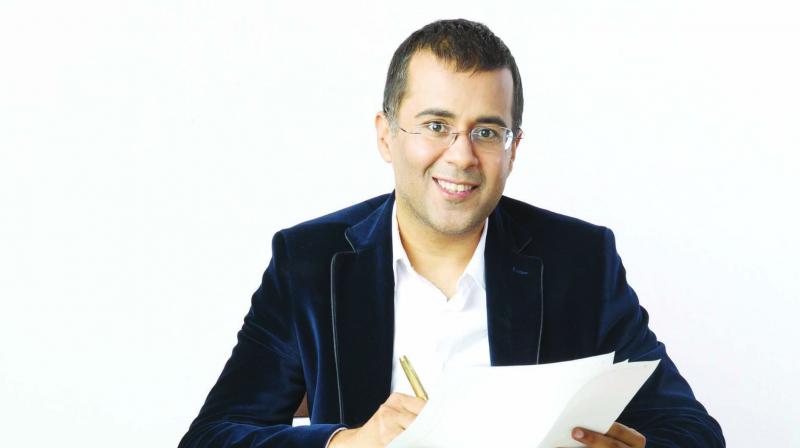 When Chetan Bhagat first published Five Point Someone in 2004, the book became a rage among the country’s youth. While young readers picked up copies almost before they could hit the bookshelves, there were those among the literati who turned up their noses at his colloquial style of writing. Cut to 2017, and the novel is once again a point of debate — this time because Delhi University has decided to incorporate the novel as part of their course in popular fiction.

On April 23, the author took to Twitter to thank Delhi University for the honour. However, after an online backlash from the twitterati saying that they do not think that the book should qualify for the course, Chetan went on the defensive and tweeted, “To me good literature is writing that actually touches people, whether in the past or now. It isn’t something an elitist club decides.” While there are some of Chetan’s fellow writers who are of the opinion that adding his book to the syllabus is a mistake, there are quite a few others who concur with his view.

Novelist Sudeep Nagarkar, for instance, is of the opinion that since Chetan is one of the most popular authors of the generation, it makes sense to read his book as part of pop fiction. “One cannot look through the fact that Chetan Bhagat has made reading popular in India. This development may have divided opinions, but he is the most popular author right now. It is only because of him that the publishing industry in the country got a revival. His book Five Point Someone introduced a new segment altogether. After his book became a hit, publishing houses came up with the Rs 100 market to cater to college kids. The book went on to become a movie, and even opened up a new market for publishers and budding authors,” he says in support of his fellow author. 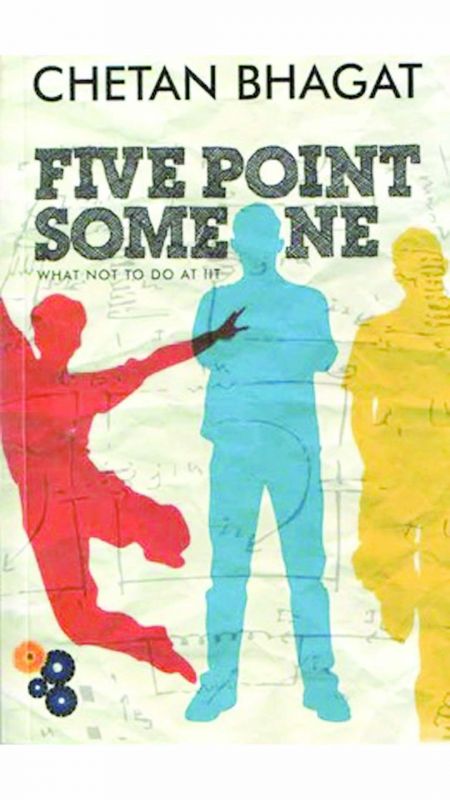 Documentary filmmaker and pop culture expert Paromita Vohra agrees. “I think he should be studied as one of India’s pop culture phenomena. His writing is a kind of fiction targeting a certain group of people. Students can look into what it achieves, how it works,” says the columnist. Indeed, she emphasises that, if it were up to her, even Mills & Boon would be part of pop fiction studies.

She goes on to add that she is against the entire system of segregating a syllabus in terms of high and low literature. “I think, if we ensure that readers, especially students, read all kinds of books, we actually impart in them the power to analyse and that in turn creates a more liberated readership,” she says, adding that essentially Indian narratives by local authors should be emphasised upon in syllabi. “I think that even lyrics from Hindi films in the 60s and 70s can be studied,” she says.

Not everyone has such an open mindset about what they would like to see as part of literature courses. While Anuja Chauhan agrees that Chetan’s Five Point Someone is probably the best of his works, she adds that she doesn’t understand the reasoning behind adding his book to a literature course. “Chetan Bhagat is an author that readers across the board would read anyway. So I don’t see the point of adding someone like that to a literature course. I think it would be a better idea to add books that would stretch your intellect a bit more, books that are more layered. I think even Chetan Bhagat’s non-fiction would make more sense than Five Point Someone,” says the Those Pricey Thakur Girls author.

Anand Neelakantan, who has authored three fiction books based on the Indian epics of Ramayana and Mahabharata, goes a step further. “I have a problem with Delhi University having a Popular Fiction category,” he says.

And the author is definitely not a fan of Five Point Someone being a part of any syllabus. “Delhi University taking Five Point Someone as a part of syllabus is like Vishwa Bharati taking Honey Singh as a part of their syllabus. Chetan Bhagat for literature is like Honey Singh for music — extremely popular, but not for connoisseurs. I would prefer Amitav Ghosh or a Salman Rushdie as a literature student,” he says.

However, even Anand agrees that if the genre of popular literature has to be studied at all, Chetan is a fitting candidate. “If there has to be a department for popular fiction at all, then it definitely should include Chetan Bhagat because he is extremely popular,” he concedes.