Taapsee Pannu has extended her support to the online petition by Mahika Banerji, asking the CBFC to carry a disclaimer on domestic violence. 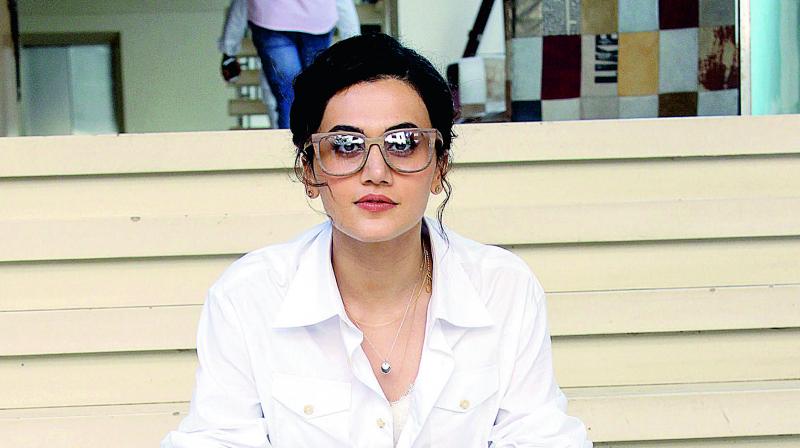 In a significant move, actor Taapsee Pannu and the makers of the film Thappad have extended their support to the online petition by Mahika Banerji, via Change.org, asking the Central Board of Film Certification to make it mandatory for films portraying any kind of domestic violence to carry a disclaimer / statutory warning along the lines of those carried alongside scenes showing smoking or drinking.

“There is a stark difference between portrayal and glorification of gender-based violence in pop culture. Portrayal is depiction. Glorification is telling every woman and girl out there that they deserve to be abused and that they should internalise it,” says Mahika. In a concept video, Taapsee poses a question to viewers — “Why don’t we have a disclaimer for thappad (slaps) on-screen when we have one for alcohol consumption, smoking and cruelty to animals?”

The actress says there’s a lot of concern about animals being hurt and also that smoking and drinking are injurious to health “even though they influence fewer lives compared to the number of women affected by domestic violence.”

She points out that, “We have all sorts of disclaimers and we do feel bad to have disclaimers in the middle of our films because it distracts the audience,” and adds, “I am not saying that before the domestic violence scene you stop the frame and say it should not be done. I would say, put it at the beginning, like we do with other disclaimers.” She adds, “It could be a small disclaimer saying domestic violence is not okay and we are not professing or propagating it.” “Such a step will do no harm, it will only be beneficial,” she feels.

The soon-to-be-released film Thappad, with the tagline Bas, itni si baat? (Implication — much ado about nothing!) is a socially relevant exploration into the violence meted out to women within a marriage, and the conditioning that makes the majority of women put up with such violence.

“When most of our films are filled with misogynistic portrayals of women, films like Thappad trigger our collective conscience. Taapsee’s support for Mahika’s petition is a powerful statement for the Indian film industry to take responsibility for the right messaging on crucial issues that affect millions of women in our country every day,” says Nida Hasan, country director, Change.org India.