How to make your garden blossom longer

Flowering shrubs can maintain their longetivity with pruning techniques by renewing the old stems, making space for new stems. 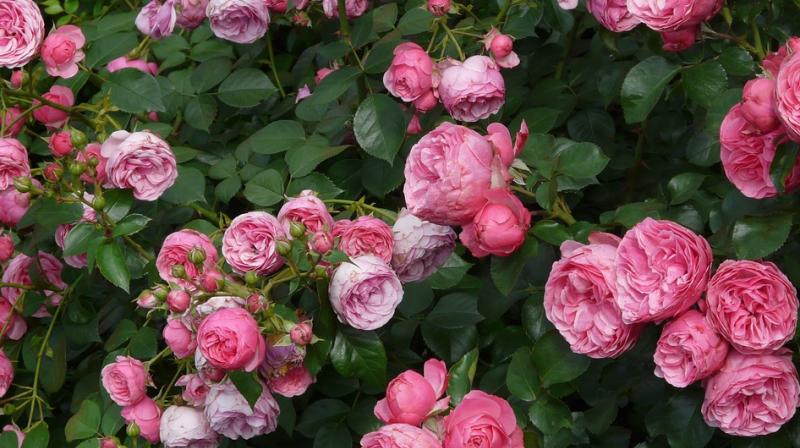 Renewal-pruning of flowering shrub by lopping of old stems back to the ground. (Photo: AP)

Deciduous shrubs, those that lose their leaves each winter are always sending up new stems at or near ground level. This makes them forgiving plants to prune. New growth, wherever needed, can eventually correct any mistakes. Still, there’s no reason to butcher these plants.

Forsythia is one of many deciduous shrubs that look their best with their stems rising up in a clump from ground level to create an informal, graceful fountain of foliage and flowers. The way to maintain this graceful appearance is by “renewal pruning.”

The tools that help achieve graceful form in these shrubs are not hedge shears but a lopper and hand-held pruning shears, perhaps also a small pruning saw. When to prune is dictated by a plant’s blooming season. Prune early flowering shrubs right after their spring show is over. If you were to prune now, you’d be pruning off many stems that were going to bear flowers.

Reserve your late-winter pruning enthusiasm for shrubs that flower from summer on. Variations in the growth habits of deciduous shrubs dictate the degree of renewal pruning needed. Those that can handle a lot of pruning include red-osier dogwood, Russian sage, butterfly bush, St. John’s wort, and other shrubs whose newest shoots are the ones that carry the best flowers or, in the case of red-osier dogwood, the brightest red or yellow stems. These shrubs also tend to send up many new shoots from ground level each year.

Shrubs whose newest shoots put on the best show are the easiest to prune: Simply lop the whole plant completely to ground level each year. This admittedly drastic pruning keeps them from becoming congested at their centers, and stimulates the season’s flush of lanky, new stems.

Shrubs whose best show is on stems that are 1 year old common ninebark, flowering almond, rambling roses, kerria, and pussy willows grown as shrubs for their catkins require slightly less severe pruning. Prune these shrubs by lopping to the ground all flowering stems, that is, those that are a year old, right after they finish their show.

Stems of forsythia as well as those of lilac, mock orange, clethra, honeysuckle, shrub roses, and weigela keep bearing flowers even longer, so can remain a few years before needing to be cut away to make room for younger stems.

Next, with hand shears go for the young sprouts at ground level. Cut to the ground any that is spreading too far out from the base of the plant or that crowd too thickly. It’s impossible to prescribe how long to leave an older stem, or to say how many new stems to leave each year. Such details depend on the soil and the nature of the plant, as well as how high and how wide you want it to grow.

Finally, the easiest plants to prune are witch hazel, cotoneaster, enkianthus, PeeGee hydrangea, climbing roses, tree peonies and many viburnums. All these shrubs are reluctant to send up new sprouts from ground level, and the relatively permanent framework of branches that they build up typically puts on a good show year after year. This growth habit means you can prune these shrubs rarely, or not at all.