Here's how you can retire in style! 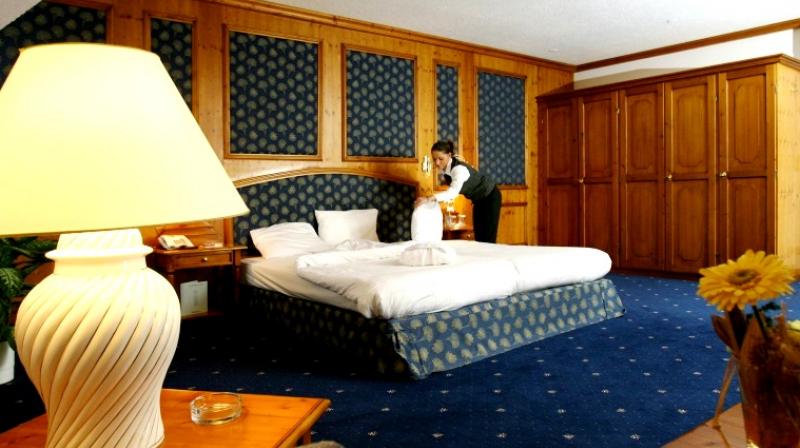 A man from the US state of Texas outlined how spending one's golden years in Holiday Inn hotels could avoid costly nursing home fees. (Photo: AFP)

Houston (Texas): American seniors seeking to retire on the cheap have a new source of inspiration – a Texas man who outlined how spending one's golden years in Holiday Inn hotels could avoid costly nursing home fees.

"For a combined long term stay discount and senior discount, it's USD 59.23 per night," Houston-area resident Terry Robison said on Facebook three weeks ago in a post that has since gone viral. "They treat you like a customer, not a patient," Robison says. "Want to see Hawaii? They have Holiday Inn there too."

More than 113,000 people have shared Robison's idea, a fairly detailed one, at that to rely on the budget hotel chain, with free breakfast, for daily living. "The maid checks to see if you are ok. If not, they'll call an ambulance or the undertaker," Robison adds.

The plan has resonated at a time when costs for retirees have skyrocketed. The median price of nursing homes, with trained medical staff, is now just over USD 100,000, according to a report by CNBC.

Competition is at least partly to blame, with some 10,000 baby boomers retiring each day, according to the business news channel. "I've actually met an elderly lady one time that was actually living in a Hampton Inn. She was quite content," said one Facebook commenter in reply to Robison's post.

Asked by AFP if he was serious about the plan, Robison said: "It's humour, but not a joke. Definitely considering it as an option but maybe not a Holiday Inn." InterContinental Hotels Group, the parent company of Holiday Inn, did not immediately return a request for comment.