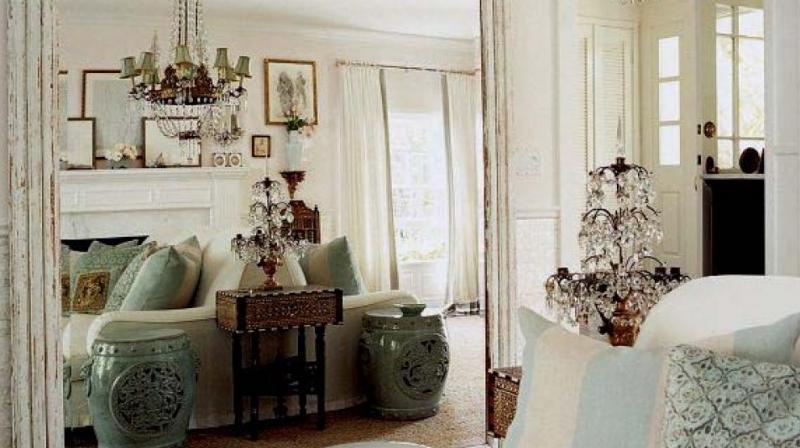 The use of mirrors lends depth to rooms.

The city is burgeoning and so are its residents, thus not everybody owns a large space. Many-a-times, one lives in a small compact home but would still like to do it up well, and beautify it. Leanne Alcosoas, interior designer and founder, Studio Detailine feels that the biggest struggle with those living in a metropolitan city is to try to make a small space appear bigger.  While compact spaces might seem like a limitation in allowing you to set up the area, she says that it need not be a disadvantage at all. There are several design solutions you can try out to make a space look organised, functional and bigger.

Wall Colour
Colours play an important role in creating an illusion of openness and depth. Afifa Aleem, an interior designer, throws light on how wall colours trick the eye to make a room appear bright and airy or dark and compact. “If you have a small space, go in for lighter wall colours like white, beige, soft tones of cream, light green, pale blue or ivory. These colours are subtle, and give the illusion of space by making the room look bright. Make sure to paint the ceiling and the walls the same colour, as it will blur the divide between the two. The eye does not stop at the edges, allowing the place to be perceived as larger than it really is,” advises Afifa.

For animator and gamer Joshua Pinto who has currently taken up a new studio space, it’s good enough to work in, but congested and tiny. To tackle that and make the room more functional and pleasing to the eye, he has begun painting the space light blue. While the work is still on, he says he has already begun feeling the difference. 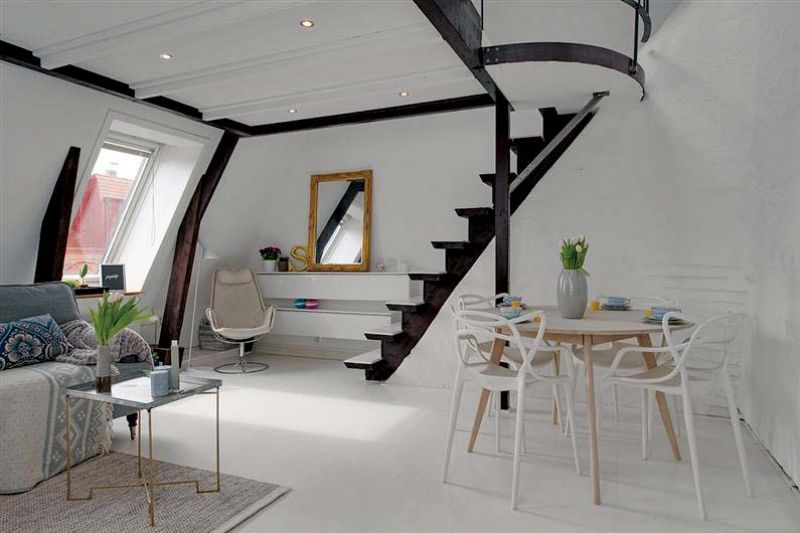 White walls give a feeling of space

Playing with curtains
Before Joshua decided to get his studio painted, he would avoid curtains completely to give the room a bright and airy feel. Curtains, he says, made the space look even more cramped though he admits that it adds its own visual appeal. Afifa recommends those with small bedrooms to use curtains that start much above the window frame. "For those looking for ways to make their living room seem brighter, avoid drapes altogether. They add to the elements in the space, and may not always be an advantage for a smaller room. Sometimes, minimal is the way forward.

Natural Light
Leanne recently worked on interiors for an office space. The space had partitions, making it appear smaller than it is. She however, solved the problem with a few tricks. “Lighting is the key element in opening up the space, and it makes a huge difference to its appearance. The space had a huge window that opened to a balcony that faced lush green trees. We removed the partitions, and allowed natural light into the room. It opened up the room, connecting the room with the outdoors, no longer limiting the existing space,” she explains. Playing with natural light makes a huge difference.

Minimal and Functional Furniture
For home owners facing the challenge of decking up small spaces, Afifa strongly recommends going minimal. For those wanting to add stand-out furniture, picking one piece as an attraction will work magic on the space rather than going all out, and placing several attractive pieces. Together the whole room will lose its charm.

Leanne advises in investing on multi-use furniture that can play several functional roles in the house. An ottoman can be used as a coffee table as an extra seating element in the home. “Pieces that can be folded, stacked or wheeled out of the way are good furniture options that one can try,” she states.

For DIY lovers
You cannot go all out and change everything about a space. Joshua found several blogs and online sites that were helpful in setting up his studio. For DIY lovers, he suggests investing time in old furniture, and revamping it. “While you can revamp old furniture, always make way for space,” he says. De-clutter and free your homes of stuff you no longer need or things that do not add value. Afifa speaks of how people attach too much sentimental value to the things at home and let them lie around with no purpose. “This only adds to the mess, let it go and de-clutter,” she advises. Decorating a home is a fun task, drawing inspiration from pictures and blogs online will give you a fair idea of how to deck up a space. But each space comes with its own challenges. If your living space is tiny, try these ideas and bring it to life.