Mountain lions or pumas, historically roamed every state east of Mississippi River but mostly vanished by 1900 due to systematic hunting. 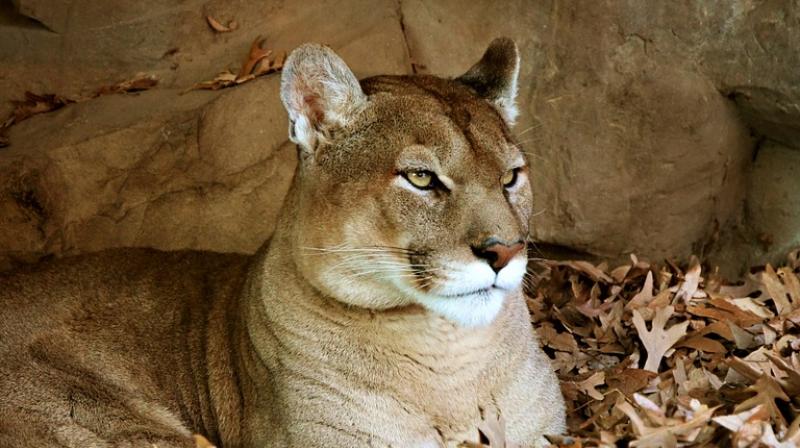 Eastern cougars that once prowled North America from Michigan to South Carolina were officially declared extinct and removed from the U.S. endangered species list on Monday, eight decades after the last confirmed sighting of the wild feline predator.

The large cats, also known as mountain lions, pumas or panthers, historically roamed every state east of the Mississippi River but by 1900 had all but vanished due to systematic hunting and trapping, according to the U.S. Fish and Wildlife Service.

The agency opened an extensive review in 2011 into the status of the eastern cougar, a genetic cousin of the mountain lions that still inhabit much of the Western United States and of a small, imperiled population of Florida panthers found only in the Everglades.

In 2015, federal wildlife biologists concluded that pumas elsewhere in the Eastern United States were beyond recovery, and thus no longer warranted protection under the Endangered Species Act.

The plan to de-list them became final on Monday.

Eastern cougars, preying mostly on white-tailed deer in forests and coastal marshes, were declared endangered in 1973, even though no sightings had been documented for three decades. The last of their kind on record was killed by a hunter in Maine in 1938.

Sightings since then turned out to be wayward visitors from the West. For example, a lone male mountain lion was killed on a Connecticut highway in 2011 after traveling thousands of miles (kilometers) from South Dakota through Minnesota, Wisconsin and New York, the Fish and Wildlife Service said.

Cougars, which measure up to 8 feet (2.44 meters) long from head to tail and can weigh as much as 140 pounds (63.5 kg), were once the most widely distributed land mammal in the Western Hemisphere, before extermination campaigns and habitat destruction saw them eliminated from roughly two-thirds of their original range.

Conservation groups said removal of the Eastern puma from the endangered species list clears the way for states like New York -- where the Adirondack Mountains contain prime cougar habitat -- to re-establish a mountain lion presence with animals imported from burgeoning populations in the West.

“We need large carnivores like cougars, which would curb deer overpopulation and tick-borne diseases that threaten human health, so we hope Eastern and Midwestern states will reintroduce them,” Michael Robinson, a conservation advocate at the Center for Biological Diversity, said in a statement.