The message was hand written in Japanese, although it would be readily understandable to Chinese readers. 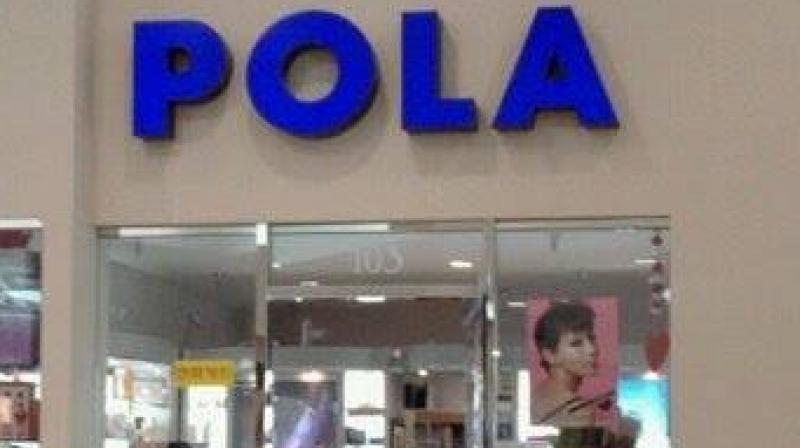 The company said it had identified the branch responsible for the sign and had removed it (Photo: Facebook)

Tokyo: A major Japanese cosmetics maker has apologised after one of its retail shops posted a sign barring Chinese customers.

The apology from Pola came after Chinese social media users shared a photo of the red-lettered poster saying "No entry by Chinese people".

The message was hand written in Japanese, although it would be readily understandable to Chinese readers.

It was not clear where the incident took place, although it did not appear to be in a major tourist hub.
"We are sincerely sorry and regret that an inappropriate poster ... has caused unpleasant feelings and nuisance to many people," Pola said in a statement issued Saturday in both Japanese and Chinese.

The company said it had identified the branch responsible for the sign and had removed it. It did not specify where the shop was. "Our company takes this issue seriously," it said.

"We will suspend operations at the shop and punish those responsible as soon as we confirm the facts of the matter." Japan has seen a huge boom in the number mainland China visitors in recent years, many of whom spend large sums purchasing made-in-Japan products like make-up.

But their swelling numbers have provoked a backlash, with some Japanese complaining the crowds are unruly and ill-mannered.

Pola, a main pillar of globally operating Pola Orbis Holdings, is trying to expand in Asia and capitalise on the popularity of its skin care products among Chinese customers.