It shows we can start to restore and repair damaged coral populations where the natural supply of coral larvae has been compromised. 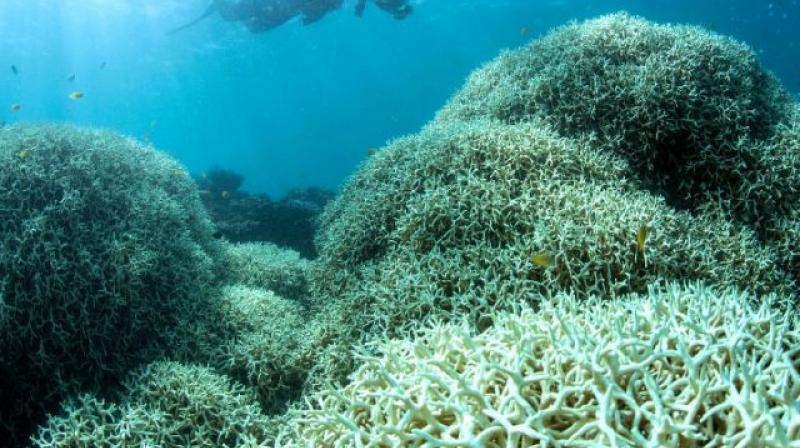 The success of these first trials is encouraging -- the next challenge is to build this into broader scale technology (Photo: AFP)

Sydney: Coral bred in one part of the Great Barrier Reef was successfully transplanted into another area, Australian scientists said Sunday, in a project they hope could restore damaged ecosystems around the world.

In a trial at the reef's Heron Island off Australia's east coast, the researchers collected large amount of coral spawn and eggs late last year, grew them into larvae and then transplanted them into areas of damaged reef.

When they returned eight months later, they found juvenile coral that had survived and grown, aided by underwater mesh tanks.

"The success of this new research not only applies to the Great Barrier Reef but has potential global significance," lead researcher Peter Harrison of Southern Cross University said.

"It shows we can start to restore and repair damaged coral populations where the natural supply of coral larvae has been compromised."

Harrison said his mass larval-restoration approach contrasts with the current "coral gardening" method of breaking up healthy coral and sticking healthy branches on reefs in the hope they will regrow, or growing coral in nurseries before transplantation.

He was optimistic his approach, which was earlier successfully trialled in the Philippines in an area of reef highly degraded by blast fishing, could help reefs recover on a larger scale.

"The results are very promising and our work shows that adding higher densities of coral larvae leads to higher numbers of successful coral recruits," he added.

The Great Barrier Reef, the largest living structure on Earth, is reeling from an unprecedented second-straight year of coral bleaching because of warming sea temperatures linked to climate change.

The chief scientist of the Great Barrier Reef Marine Park Authority, the government agency that manages the area, said there was a need for such efforts amid the accelerating impacts of climate change.

"The success of these first trials is encouraging -- the next challenge is to build this into broader scale technology that is going to make a difference to the Reef as a whole," David Wachenfeld said.