After winning Miss World crown, Manushi Chhillar back in India 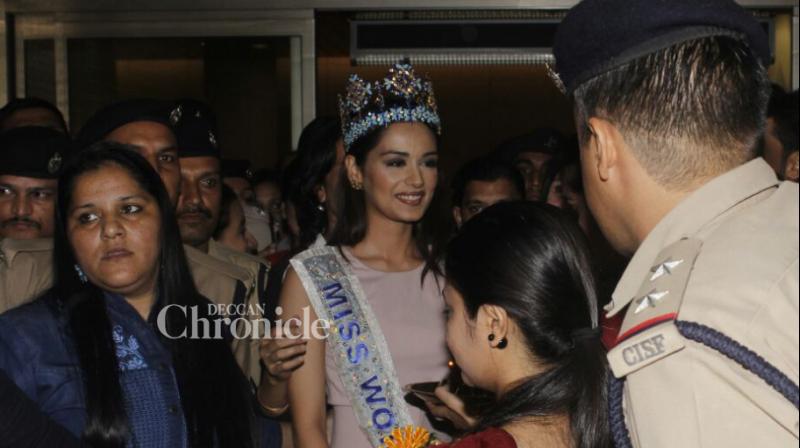 The 21-year-old model's win at the pageant comes 17 years after Priyanka Chopra won the crown in 2000.

A medical student hailing from Haryana, Chhillar competed against 108 contestants from various countries at a glittering event held at Sanya City Arena in China to grab the title.

Manushi has been showered with praise for her answer in the final round. On being asked, "Which profession deserves the highest salary and why?", she replied, "I think a mother is of the highest respect. I don't think its just about cash but love and respect she gives to someone. She is the biggest inspiration in my life. Mother should get the highest respect."

Besides Chhillar, the first runner-up was Stephanie Hill from England, while Andrea Meza, hailing from Mexico, was announced the second runner-up.