Of pink skies and epiphanies

The brave parents bore all of this stoically and even went on to try and change the world for the better through the tale. 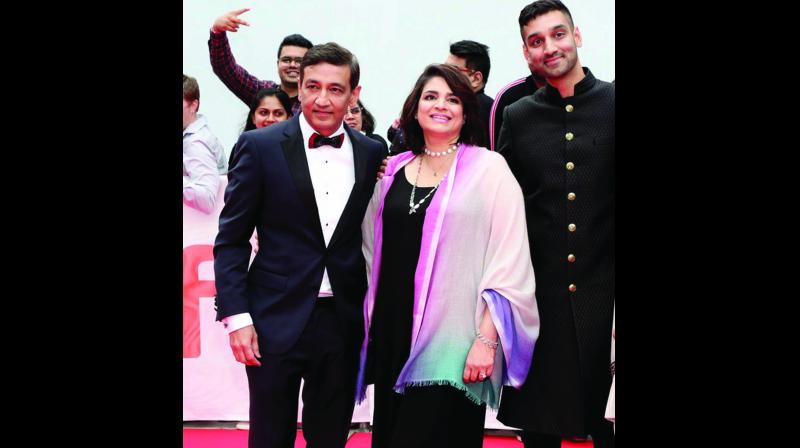 The real-life tale behind The Sky is Pink, the film directed by Shonali Bose and starring  Priyanka Chopra Jonas and Zaira Wasim, is  more poignant than the movie. We talked to Aditi Chaudhary, mother of the brave young girl whose inspiring words gave hope to many, to find out how it all transpired.

The movie The Sky is Pink is inspired by the life of the late motivational speaker and author Aisha Chaudhary. Her mother — Aditi Chaudhary aka Moose —is a mental healthcare worker who has made it her life mission to spread the inspiration that her brave daughter sparked. The real-life Aisha was born with Severe Combined Immune Deficiency (SCID) and underwent a bone-marrow transplant in London when she was just six months old. The year 2014 was the most brutal for Aisha, as her disease progressed, and her lungs began to give up. The challenge was to find a matching stem cell donor, which eventually proved impossible. Aisha breathed her last in 2015 due to pulmonary fibrosis, which was a side-effect of the bone marrow transplant.

The brave parents bore all of this stoically and even went on to try and change the world for the better through the tale. Aditi elaborates with emotion, “The movie is based on our life journey and is inspired by Aisha’s inspirational talks on the Internet. She became a motivational speaker at the age of 14. She stayed a source of inspiration in spite of looking at death in the face. She believed in miracles and wanted to stay upbeat and positive. However, she fell very ill in 2014 and felt that her talks didn’t do justice to life. She then wanted to express everything that was going on in her life. She felt that life is like a kaleidoscope of emotions. We encouraged her to pen down her emotions in a book called My Little Epiphanies, which was released at the Jaipur Literature fest after she was buried in Delhi. So, I believe that the movie The Sky is Pink came about because of who Aisha was, although it is also about Niren and my love story.”

What inspired her to make their daughter’s life an example for the rest of the world? Aditi replies candidly, “I read a lot of non-fiction books and I have managed to cope with life because others have put their stories out there and shared their wisdom with the world. So, in a way, I wanted to return the favour and try to impact the world. When we face death, it makes us realise the value of life and question the purpose of our being. With such an inspiring daughter, it felt right to let the world know. My husband believes that we can bring Aisha back to life in the hearts of millions of people. When people read her books or think about her, we feel that she lives a bit longer.”

When asked how she feels about being portrayed by a global icon Priyanka Chopra Jonas, Aditi says, “I feel Priyanka’s personality is similar to mine. I have met her a couple of times and felt an instant connection with her. She’s a bit of a fire-cracker like me and I felt content that she was chosen to play me. I think she has done a brilliant job and has given an amazing performance. Priyanka has managed to express every emotion exceptionally well. Her chemistry with Farhan Akhtar was great. I’m very happy with the casting. Be it Aisha’s brother played by Rohit Saraf or Zaira Waseem, who played Aisha, everyone has done a great job. I am very pleased with the way the film has turned out.”

The passionate Aditi is committed to the cause of stem cell donation. She explains, “We wanted Aisha’s project to impact the world and save lives. We are happy that Aisha’s last call for action in the movie is to be a superhero and become a stem cell donor. We couldn’t find a matched stem cell donor in India. This was because, as Indians, we don’t have the knowledge or the awareness to know the importance of this. By becoming a donor, you will save the lives of many.” She has been working closely with a global non-government organisation called DKMS to encourage people to register as potential blood stem cell donors. “We have the second-largest population in the world and the least represented worldwide. My dream is that Aisha’s movie inspires everyone so that India becomes the largest represented on the stem cell donor registry,” she says, expressing her dearest hope.

Tags: the sky is pink