After winning the first runner up at Mrs India World, Dr Akshata Prabhu will represent India at Ms International World. 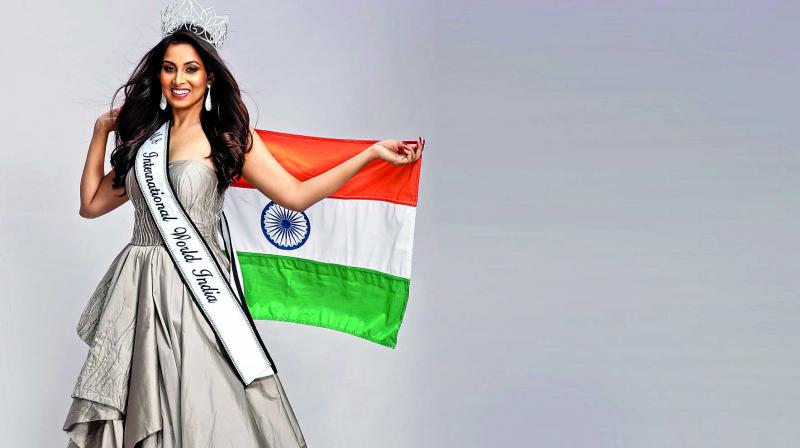 In 2017 Prabhu started prepping for the Mrs India Pageant and lost 20 kilos of pregnancy weight.

A daughter, wife, mother, doctor, and model — Dr Akshata Prabhu is a woman with many facets. A pediatric dentist by profession and model by passion, Prabhu brought laurels to the nation when she took home this July the first-runner up trophy at the Mrs. India World. And next year, she will be representing India at the MS. International World in Miami.

At the age of 18, holding her love for the glamour world and the desire to serve people close to her heart, she pursued modeling alongside her BDS. But when reached a juncture in life where she was contemplating between higher studies and full-time modeling, Prabhu decided to pursued her masters, giving up the world of glamour for good.

“On one hand, there was my medical career and on the other, I was getting Bollywood offers. I love children so I thought of pursuing my masters so that I can serve the children community. This was also very intellectually inviting,” recalls the 35-year-old who runs a clinic and has her life revolving around her patients and family.

But things changed for Prabhu after marriage. While she continues to have supportive in-laws and husband, it was the societal conclusions of her abilities that pushed her to the edge. “As a woman, I felt the need to find myself again. When that need arises, you don’t feel accomplished in anything. And after a kid, people start questioning your desires and abilities. When I saw that in the eyes of the people, I decided to do something about it. I needed a platform to show everybody that they shouldn’t consider a mom to have lost that expertise and skill that she excelled in years ago; that doesn’t die,” rues the mother of a four-year-old.

It was in 2017 that she started prepping for the Mrs India Pageant and lost 20 kilos of pregnancy weight. Prabhu even documented her journey on social media for which she won a sub-contest Title for the maximum influence on social media at Mrs. India World India.

Now with just six months left for Prabhu to conquer the world, she is not leaving any stone unturned. “Internationally, the standard and stakes are higher. I have to work on every aspect. From ramp walk to my communication, presentation, outfits, makeup and personal interview through which they gauge your life experiences, there is a lot to prepare for,” lists the dentist.

According to her, on the international front, having a child is considered a bonus and the evaluation is done keeping in mind the work-family balance. “They feel it is okay to have children and yet maintain a fit body. The reigning Mrs International World has a nine-year-old daughter and she is super fit,” she adds.

What irks her are the barriers being imposed on women by society, and urges women to walk with courage. “You may have to work a little bit more on yourself but you have it in you. All you need is grit. If you have that and determination, you can achieve it,” says the model.

Ask her about her husband and daughter, Prabhu’s face lights up as she fondly calls her husband her soulmate for he was the one to push the submit button for her application.

“Just the other day, my daughter asked me when is she going to be able to participate. I was dumbfounded and couldn’t find an answer. She has seen me walk the stage, being crowned, and deep down in her heart, she has that aspiration. She wants to be a queen like her mother,” she laughs.

And as she prepares to represent India on the international stage, Prabhu is certain to bring the crown home. “I want the crown to come home. I will do whatever it takes. I am representing my country and my country can’t be weak,” she concludes.