The short film Jean was her dual exposure with screenwriting and direction and which is currently in post-production. 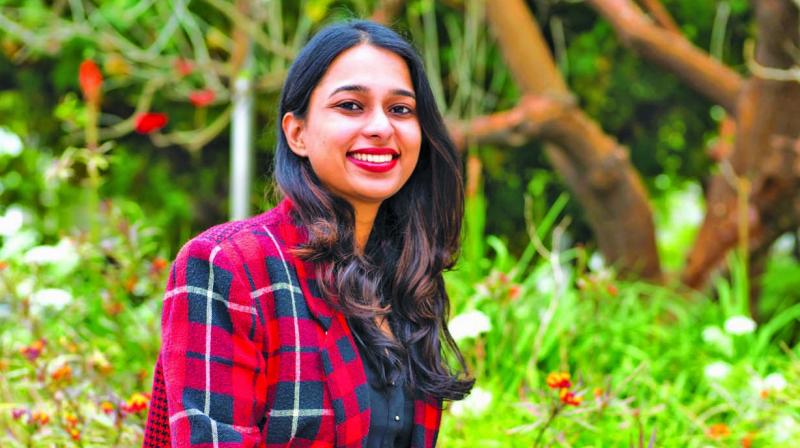 Born and raised in Nigeria, she moved to Chennai with her family at the age of 12.

Chennai girl Vidhya Iyer is a passionate screenwriter in Hollywood working on both television shows and movies. She shares with DC her view on different film scripts. “Bollywood scripts are for much wider audiences across a spectrum of culture, class, religious, social, age and socio-economic divides,” according to Vidhya.

The Hollywood industry is so looked up to in India, your inspiration too?

“Growing up I always had a feeling that I would own a robot army and be best friends with Bill Gates,” Vidhya shares something about her passion. “As a child, my dream careers were always inspired by what I saw on the screen - I wanted to be a spy, an archaeologist and a detective. It took me 10 years to realise I wanted to create these characters and not just be them,” she added.

Born and raised in Nigeria, she moved to Chennai with her family at the age of 12. After studying Computer Engineering, she moved again abroad, to Los Angeles where she studied screenwriting at the American Film Institute Conservatory.   Receiving the prestigious Alfred P Sloan Foundation Award, she emerged as a top 10 writer by the tracking board, featured on the 2018 Young & Hungry list and the 2018 Hit list. Not only does she do scripts, but she is a director and ardent comedian as well.

Vidhya performs for Improv Comedy with her team Gravyboat at the Upright Citizens Brigade Theatre in LA and performs Standup and Sketch. A monthly all-female variety show at the Pack Theatre in LA called ‘LADY*LIKE.’ Her exposure to television was when she wrote a couple of shows like PG 30 and Little Voice. An animated kids TV show on a major TV network and a musical TV series for a new digital streaming service launching in 2019 are some future projects.

Her passion for Hollywood films stems from the cinematic visual manner of storytelling and so much of Hollywood’s storytelling is contingent on ‘show don’t tell’. “The emotions are conveyed by the specificity of the shot, the tension in the actor’s hands and the position of the different elements in the shot. It started with watching a lot of the Marvel comics. The stories of heroes with powers really kickstarted my passion for Hollywood scripts — I loved the larger than life from aspirational aspect of ‘saving the world’ — the high-stakes stories,” is how Vidhya describes her passion for screenwriting.

Film scripts are her favourites.  Melody was her silent psychological thriller film, an Indo-American co-production. She has co-written a drama feature film on track for Sundance feature film programme surrounding the myths around organ donation in Indian sub-cultures. Her award-winning short film Raksha  she co-wrote with Jhanvi Motla has been to over 16 film festivals.

She believes that stories are universal and that’s the best thing about them. “I have been able to relate to characters in both Hollywood and Bollywood films for years. I think the differences are mainly in how the scripts communicate with the target audiences. In a way Bollywood scripts are much like the scripts of animated Hollywood movies - they tell the most universal, simple and human stories with themes that stem from the emotions that we are born with,” Vidhya says in differentiating between Bollywood and Hollywood scripts.

The short film Jean was her dual exposure with screenwriting and direction and which is currently in post-production. The film details the relationship of an autistic teenager and her single father caretaker, and will be soon in the film festival circuit. “I’m currently developing my TV show in the Imagine Impact incubator with Ron Howard and Brian Grazer’s company Imagine Entertainment. I’m also writing an upcoming animated kids TV show,” Vidhya discloses. She has had such an inherent love for working with the Indian film industry, she says “I’d love to collaborate with folks in both spaces.”

She is quite excited for what the future may hold for her. “I’m working on a script for a family action-comedy set in India about Kung-Fu. I’m writing my next TV pilot script set in the US and am looking forward to collaborating on other projects both in India and the US.”