Celebrity couples are coming together to endorse brands now more than ever. We ask brand experts what makes these couples a favourite. 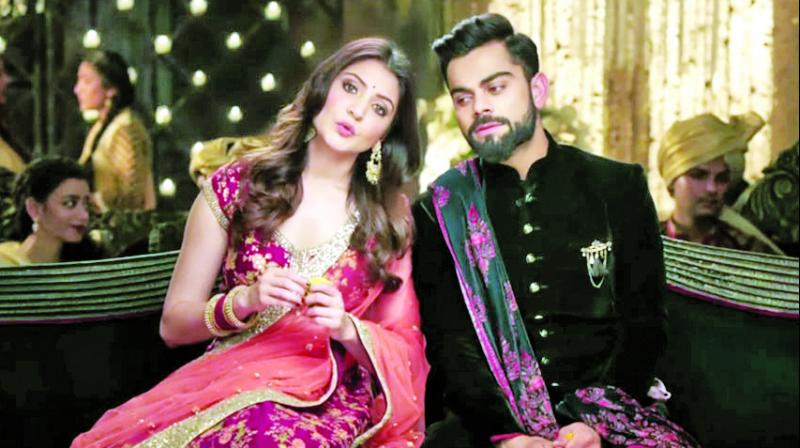 Anushka and Virat are the latest couple to come onboard the couple endorsement brigade.

When Anushka Sharma and Virat Kohli’s latest advertisement was released online, their collective fan bases couldn’t stop sharing it with the hashtag #couplegoals or #relationship goals. The ad, which shows the couple attending someone else’s marriage, ends on a very sweet note with the real-life couple sharing what they would deem vows for their own union.  Anushka and Virat are the latest couple to come onboard the couple endorsement brigade.

While fans wouldn’t stop gushing about one celebrity couple, another couple for B-Town was at the receiving end of flak. Bipasha Basu and husband Karan Singh Grover’s ad for a condom brand wasn’t received so well. But even as some ads get the popular vote and the viewers easily forget some, it looks like this arrangement comes with perks.

Brand and business strategist Harish Bijoor says that these endorsements are monetarily beneficial for both — the brand and the product.

He says, “Thousands of fans of look at Virat and Anushka as a prospective couple that they hope will sooner or later tie the knot themselves. That is why, when they endorse a brand like Manyavar starring in an ad like that, it goes viral.”

Nishad Ramachandran of Hansa Cequity, believes that audiences prefer it when ads bring to the screens a different element, something new. “If you sell a toothpaste to a buyer by just telling him that it whitens his teeth, it won’t peak his interest,” he says, explaining that the audience’s understanding of a brand and the product that it offers has gone way beyond that.

Harish says that the idea of incorporating a real life celebrity couple to endorse a product isn’t new. “In the past, Amitabh Bachchan and Jaya Bachchan have come together to work for a jewellery brand (in fact, they still do). Even Aishwarya Rai Bachchan and Abhishek Bachchan came together for a pressure cooker ad, where they recreated an old advertisement to fit today’s time,” he recalls.

However, celebrity couples coming together, may not always mean a happy ending. Bipasha-Karan have been viciously attacked for their endorsement. “In advertising, celebrity couples make a better impact when they are unmarried or are in a relationship. Otherwise, it doesn’t pique an audience’s interest,” says Harish.