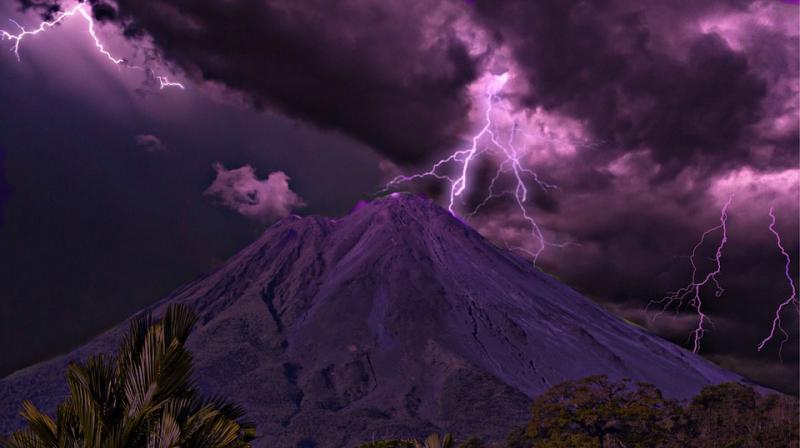 An erupting volcano has forced 6,000 people to flee their homes on an island in the Pacific nation of Vanuatu.

The Manaro volcano on Ambae island has been active since 2005, but a recent increase in activity has raised fears of a major eruption.

Shadrack Welegtabit, the director of Vanuatu's National Disaster Management Office, said Tuesday that Vanuatu would declare an emergency on the island after the volcano's activity measure was raised to Level 4 for the first time over the weekend.

"There's ash, fire, stones and lava being thrown out from the mouth of the volcano," Welegtabit said. "There's a lot of activity going on."

He said that it's difficult to say whether there will be a major eruption, and that those who have been evacuated will just have to sit and wait.

"With the seismic machine, we can measure what's happening but we can't really predict what the volcano will do next," he said.

About 10,000 people live on the island, Welegtabit said, and those in the north and south are most vulnerable. He said those villagers have been moved into schools and community halls in the island's eastern and western regions.

He said authorities planned to send to the island a ship filled with water, food and other supplies that would arrive Wednesday to help those people who had been displaced.

Vanuatu's Meteorology and Geohazards Department said in an alert that villagers within 6.5 kilometers (4 miles) of the volcano face the biggest risk from airborne rocks and volcanic gas. The department warned that acid rain could damage crops across a broader area.

Vanuatu is located about one-quarter of the way from Australia to Hawaii. It's made up of 80 islands, about 65 of which are inhabited, and is home to around 280,000 people.

The nation is considered one of the world's most prone to natural disasters, with a half-dozen active volcanoes as well as regular cyclones and earthquakes. It sits on the Pacific's "Ring of Fire," the arc of seismic faults around the Pacific Ocean where earthquakes and volcanoes are common.