A six-month-old fashion brand is making waves across the city for its haute appeal and striking name. 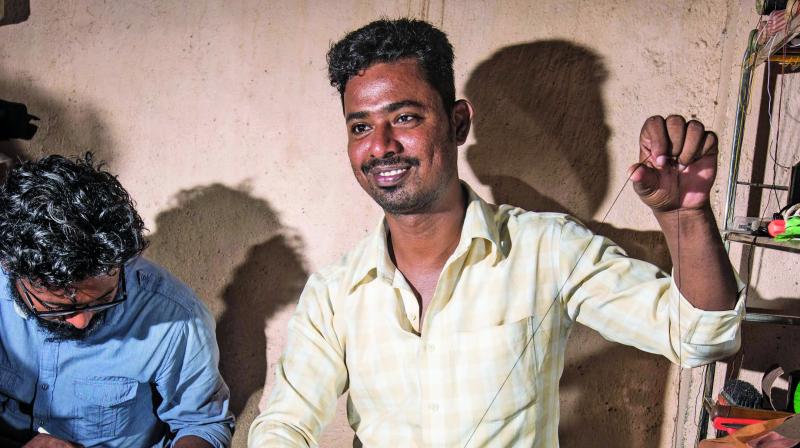 Workers making bags and bags on display at the studio

The word Chamar has almost been banned from the urban lexicon for its association with untouchability, but ‘Chamar Studio’, a city-based fashion brand wears the invective on its sleeve in a bid to destigmatise the C word.

Thirty two-year-old artist Sudheer Rajbhar started the project to turn the pejorative on its head by affiliating it with fashion, thereby shrouding it in a concept that is accepted by society with open arms. “Back in my hometown in Uttar Pradesh, people insulted me with the word Chamar because my surname Bhar rhymed with it. So I thought of associating the word with something good, hoping it will change people’s perspective” says the young artist.

The brand, which functions out of a small studio in Kandivali’s slums, was once the birthplace of Sudheer. Currently, Chamar Studio has five Dalit artisans who had lost their jobs to the beef ban in 2015, when tanneries in Mumbai shut down. 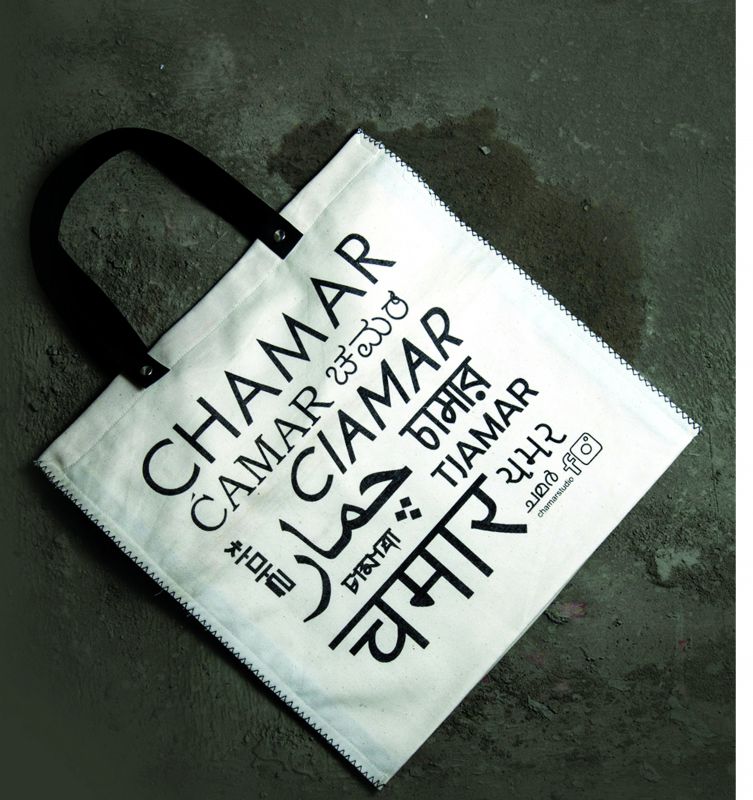 But this is not the first time Sudheer has used the power of art to brandish social stratification. The idea germinated in 2010, when Sudheer was fresh out of the Vasai Vikasini art school in Thane and got another taste of societal classicism, “I was clueless about what to do in life and big art galleries wouldn’t entertain me as I graduated from a small school”. It was then that the artist started sewing bags out of recycled rubber sheets, with the word Chamar imprinted on it as a mere social experiment. But his dry run carried more weight than he’d imagined, “People grew curious and stopped to question me if I knew the meaning of the word Chamar. I knew my project was getting noticed”.

Sudheer then went to the slums in Dharavi and introduced his newfound material to the artisans who would previously work with leather and animal hide.  Recycled rubber was not only cost-effective but was also easy to work with. “The cost of leather shot up to Rs 300 to Rs 400 per sq.ft, but rubber only cost Rs 35-40. So If I teach one artisan, he teaches another and more artists are interested to work with this material”.

His assistant, Sachin Sakhare is a sweeper who comes from a family of cobblers in Santacruz. “Sachin helps me in teaching artisans, while I oversee the production of the bags. I can’t do everything on my own now that we are expanding”. 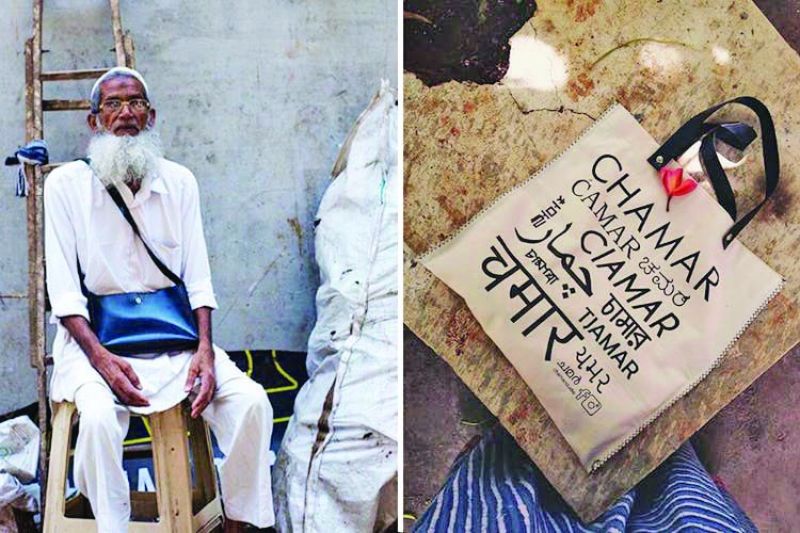 An artisan with bag

His first collection is called Bombay Black, which was introduced in June. It has on its shelves sleek sling bags and minimalist black belts and will soon introduce wallets, “I told the artists to keep it simple, just like they are and not work around complex designs”.

The products at the studio range anywhere between Rs 1,500 and Rs 6,000 and is in demand at retail houses in Kolkata, Banglore, and Delhi. In Mumbai, the products are available online and at the Le Mill studio in Colaba, besides Sudheer’s studio at Kandivali.

In the future, he wants to bring in more biodegradable materials for his products and is in talks with manufacturers from Kerala. “Some guys from Kerala contacted me after they saw my initiative online and they now want to collaborate with me. So I said yes, my project is open to anyone with a great idea. Come summer, we will be working with this new material”, he trails off.