Amelia Earhart mystery solved: Here’s what has been revealed

Earhart did crash on deserted island, where her skeleton was found years later, claim researchers. 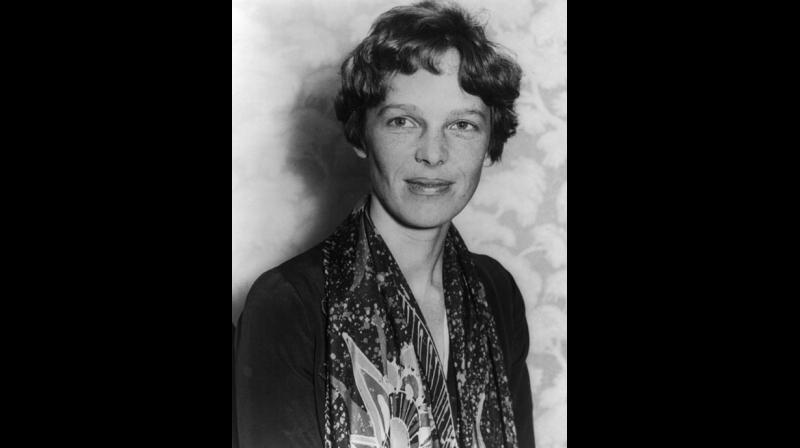 In the week after her plane vanished on July 2, 1937, there were 120 reports from around the world claiming to have picked up radio signals and distress calls from Earhart – 57 of which were determined to be credible. (Photo: Pixabay)

It has been more than 80 years since the first female aviator to fly solo across the Atlantic Ocean disappeared with her navigator somewhere in the Pacific Ocean.

Now, an exhaustive study has pieced together what could be the details of Amelia Earhart’s harrowing last days.

In the week after her plane vanished on July 2, 1937, there were 120 reports from around the world claiming to have picked up radio signals and distress calls from Earhart – 57 of which were determined to be credible.

Now, an effort, led by Richard Gillespie, executive director of The International Group of Historic Aircraft Recovery, analysed these final transmissions, creating a haunting image of their increasingly desperate situation over the course of seven days.

The distress calls suggest Earhart and a severely injured Fred Noonan were stranded on a reef, at the mercy of the tides.

The comprehensive new study from TIGHAR’s Earhart Project picks apart each distress call received in the week after the pilot’s disappearance, revealing an hour-by-hour chronology of the events that transpired.

These heartbreaking messages were picked up around the world by naval stations actively participating in the search, and casual listeners in their homes.

Here’s what they found:

On Friday July 2, hours after her disappearance became known, a station leading the search heard a voice thought to be hears. And, when asked to confirm with a series of dashes, three stations heard the response, and one caught the word ‘Earhart.’

Later that night in the second ‘active period’ of signalling, a housewife from Amarillo, Texas heard Earhart say she was ‘down on an uncharted island - small, uninhabited.’

Transmission further said plane was ‘part on land, part in water,’ and that the navigator Fred Noonan was seriously injured, and needed immediate medical attention.

During the same night, a woman from Ashland, Kentucky heard Earhart say the plane was ‘down in ocean’ and ‘on or near a little island.’

The same frequency also revealed Earhart as saying, “Our plane is about out of gas. Water all around. Very dark,’ before going on to mention a storm and winds blowing.”

Almost all of signals considered to be credible can be traced back to Gardner Island, where Earhart and Noonan were likely marooned on a reef.

However, Gilespie explains in his research that transmitting from the spot presented a dilemma as radios relied on the aircraft’s batteries, but battery power was needed to start the generator-equipped starboard engine to recharge the batteries.

‘If the lost fliers ran down the batteries sending distress calls they wouldn’t be able to start the engine,” he explained, adding, “The only sensible thing to do was to only send radio calls when the engine was running and charging the batteries. But on the reef, the tide comes in and the tide goes out.”

The signals could only be sent out when the water was below 26 inches, leaving the propeller tip clear.

As suspected, Gillespie found that the timing of the distress calls lines up with periods where water on the reef would have been low.

Most were sent at night, likely because darkness offered cooler temperatures after long days in the harsh island sun.

Each period of active transmission lasted roughly an hour, with a period of silence lasting about an hour and a half in between.

On Saturday July 3, during the sixth active period, a male voice was heard for the first time, suggesting Noonan, though injured, was still alive and ‘functioning rationally.’

The following day, a 16-year-old boy in Wyoming heard the pilot say the ship was on a reef. And, the station at Howland Island heard a both a man’s voice and a woman’s, with the message ‘tell husband alright.’

On only one occasion did the crew send Morse code, as neither were skilled in the technique.

A ‘poorly keyed’ message received by the US Navy Radio Facility in Wailupe, near Honolulu, on July 5 stated: ‘281 North Howland Call KHAQQ Beyond North Don’t Hold With Us Much Longer Above Water Shut Off.’

Among the most famous are the snippets heard by 15-year-old, Betty Klenck, in St. Petersburg, Florida, that same day.

The two could be heard calling for help and discussing the rising water with urgency.

According to Klenck, Noonan could also be heard yelling, and complaining about his head.

The transmission ended shortly after.

According to Gillespie, the last active period occurred on Wednesday July 7, from 12:25 a.m. to 1:30 a.m. The researcher’s estimates indicate the water level would have reached the cabin – and the transmitter – by 6 o’clock the following morning.

She went on to give the latitude and longitude, which Lovelace wrote down and later lost.

After Wednesday July 7, there were no more credible signals, leaving Earhart and Noonan’s final moments a mystery.

A set of bones discovered on Gardner Island in 1940, now known as Nikumaroro, provided what’s considered to be among the best evidence of the doomed pilot’s final resting place.

According to Richard Jantz, an expert on skeletal biology at the University of Tennessee who analysed the skeleton, the remains are '99% likely' to be hers.