Going up in flames

Problems arise when people head to such places on their own. 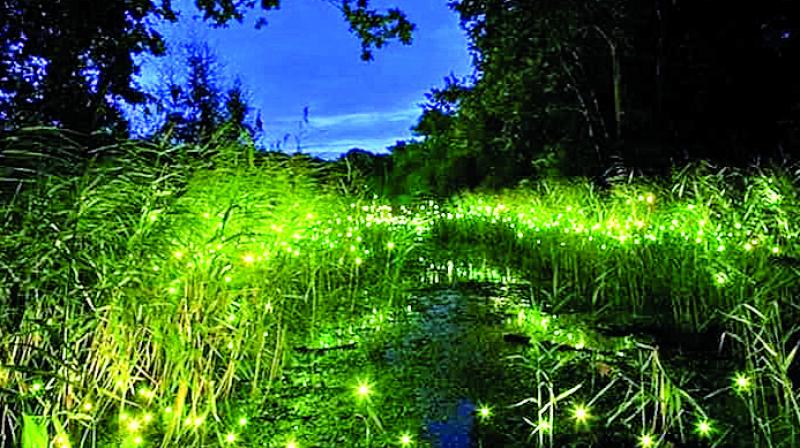 Fireflies light up a verdant patch

The pitter-patter of the early monsoons bring with it the heady smell of petrichor, but along with this, we are treated to another fascinating spectacle – that of hundreds of fireflies lighting up the night sky. Though these bioluminescent beauties are hardly visible in our urbanised vicinities, there are many biodiversity hotspots around Mumbai that abound with these creatures, such as Bhandardara, Purushwadi, Rajmachi Fort, Prabalmachi, Sandhan Valley and a few others. And that is why one sees a plethora of ‘firefly festivals’ being organised in these areas, where participants indulge in treks or camps with the aim of beholding this starry spectacle. Though just a few years ago, such festivals were unheard of, today, almost every travel or tour operator in the Mumbai and Pune regions organise multiple firefly sighting trips, right from the tail-end of May up until the first week of July. However, of late, ecologists and nature enthusiasts have begun decrying the proliferation of such festivals, because they believe that such populous trips not only damage eco-sensitive areas but also hamper the health and safety of fireflies.

Manoj Kalwar, Founder of TravelTrikon, a travel and trekking organisation that conducts firefly specials to five locations, tells us how the demand for such events has shot up in the recent past. “About five-six years ago, almost no other organisation conducted these firefly viewing events. But in the past two to three years, there has been a surge in demand and now, almost every organisation conducts them. The number of participants in our events itself has gone up by 200 percent,” he reveals. Manoj, who conducts firefly specials right up to the first week of July in Purushwadi, also shares that they limit each group to an average of 30 participants  and that participants are briefed about things they must not do, like using flashlights or flash photography, making a lot of noise, touching the fireflies or destroying their surroundings in any way. “All our trips have a guide so that behaviour can be supervised. Problems arise when people head to such places on their own. I’ve seen people catch fireflies and put them in bottles, which is a terrible thing to do,” he adds.

But though there do exist a few responsible tour organisers, ecologists argue that this doesn’t change much. Pune-based archaeologist and ecologist, Saili Palande-Datar, who is the Vice President of the Malabar Nature Conservation Club and has written multiple articles calling for the ban of firefly festivals, explains why these festivals are harmful, even if organisers claim to conduct them responsibly. “It’s a matter of cumulative damage. Though an organiser might just take 20 people, there are many more organisers doing the same thing, so it adds up to a high number. Also, when you commodify the act of firefly viewing, there is a compulsion on the organisers and locals to show fireflies and make sure that they glow. I’ve seen pictures of people catching fireflies in a bottle, throwing mud or soil on the trees so that the fireflies move, or even going in the interior of forests to explore places where there might be fireflies,” she explains.

But to take any of these concerns seriously, one must understand why and how human presence affects fireflies and for that, we first need to understand why they glow. Bioluminescence occurs as part of the mating ritual, where male and female fireflies emit a glow in order to spot their mating partner. Ecologist Saili explains further: “Fireflies have a very small window for mating, which is around two-three weeks. Also, only when the weather conditions are ideal, like there is a certain amount of humidity and darkness, do we get to see this mating ritual. The winged male fireflies, which are mostly in the trees and shrubs, communicate via pheromones with others of the same sex and together, they create a display of light which is done in a synchronised fashion. The wingless females lying on the ground, respond to this with a dull light signal. The continuity of their species is based on this mating ritual and so, if there is any disturbance to it, the number of next-generation fireflies will dwindle, and finally, come to a full stop.”

Disturbance comes in the form of man-made nuisances such as noise, light and vehicular pollution or even by trampling upon fireflies scattered on the ground. Rahul Khot, Curator, Natural History Collection Department, BNHS, talks about how photography-obsessed visitors too pose a threat. “To get a ‘good picture’, people collect specimens and bring them back to their rooms to stage the photograph. Sometimes, they’re brought back to the cities of Mumbai and Pune as well. Also, many individuals use flash while clicking pictures and this disrupts the mating ritual of fireflies. Studies done internationally suggest that fireflies are moving away from light pollution because they cannot communicate in the presence of bright light,” he shares. Saili also mentions how there is a dearth of research on fireflies in India, which means that there is no way of keeping track of the various subspecies that exist or their numbers. Additionally, apart from a few ad-hoc measures at Bhandardara, there are no guidelines or policies in place to protect and preserve fireflies and their environments. Neither do travel organisations give back, in cash or kind, for the preservation of these locales in any way. 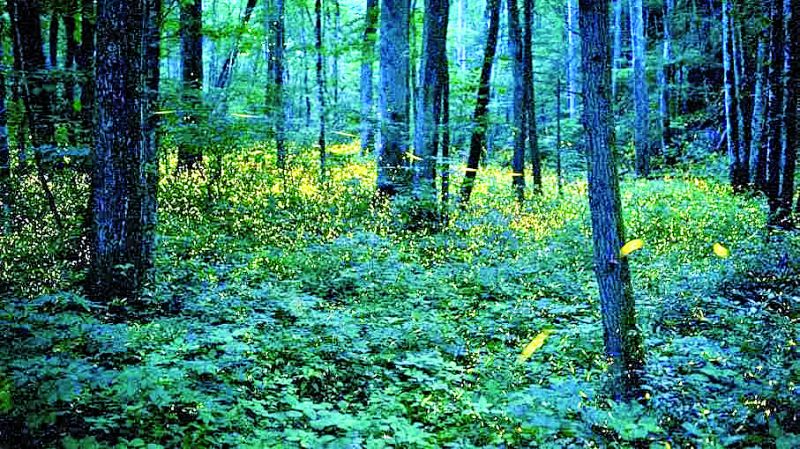 In the absence of such guidelines, some organisations are taking it upon themselves to bring about a change. Rahul Tawde, who organises treks for the Mumbai-based ShivDhara Trekkers, informs us that he cancelled firefly treks to Rajmachi since the Forest Department has not yet issued guidelines for the area. Similarly, Nirman Chowdhury, founder on Amazing Amboli, an ecotourism initiative that organises camps in the Western Ghats, reveals that his organisation consciously refrains from conducting firefly-related events. “Even for our other camps and biodiversity workshops, we take small batches, adhere to strict timings, and the focus lies on seeing and appreciating biodiversity with your eyes rather than compulsively photographing things. Additionally, we employ locals, patronise local hotels and restaurants and use our earnings to further conservation efforts,” he informs us.

Saili urges us to differentiate between experiences – ones that we come across spontaneously versus ones that are organised on a regular basis as the latter is what creates problems. "If you happen to see fireflies, great. Appreciate them from a distance, but this experience should not be commercialised. Nature is an experiential thing and animals aren't there to perform for you. And so, till we don't have stringent laws in place, we must stop firefly festivals. Otherwise, we might create irreversible damage because you cannot create fireflies once they cease to exist," she concludes.