A politics that is mired by anguish, this legal drama is an interesting watch. 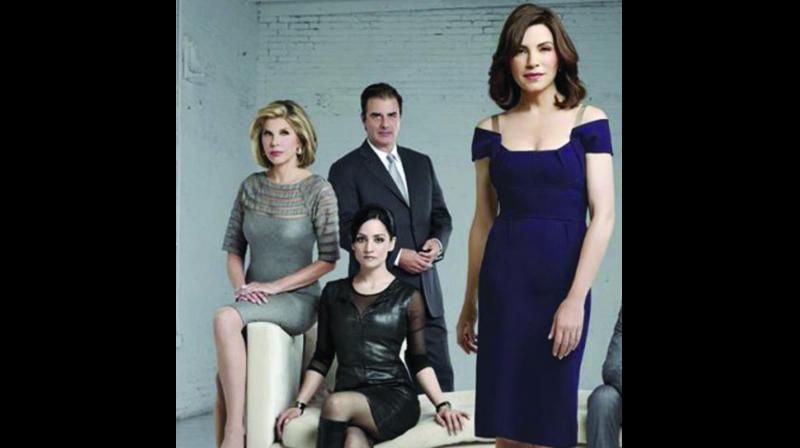 Julianna Margulies plays the protagonist, who despite her poker-faced expressions and deadly dialogues, is not a woman who seeks sympathy.

Legal dramas like court cases tend to get long-drawn and tiresome to watch. That’s not the case with the American drama series The Good Wife. It’s addictive, almost like a brain tonic, which empowers you to think out-of-the-box and come up with legal theories even as the characters are busy finding evidence to save their clients. The Good Wife as the name suggests is about Alicia Florrick, a politician’s wife, a homemaker whose life falls apart when her husband is accused of having sex with prostitutes, with payments being made as political kickbacks. Peter is sent to jail and Alisha is forced to get back to the corporate world, joining a legal firm, Stern Lockhart and Gardner as a junior associate.

Julianna Margulies plays the protagonist, who despite her poker-faced expressions and deadly dialogues, is not a woman who seeks sympathy. In one of the opening scenes, sheer trauma is visible in those eyes, even as she faintly smiles. But, before you pity her, she discreetly walks out with her husband, away from the public glare and rewards him with a stinging slap for his indiscretions. You wonder why a strong lady like her holds on to a fairly manipulative husband with strong political ambitions. Alicia though is a practical woman, with two teenaged kids and a home that has fallen apart. She knows her priorities and finds a friendship with her boss Will Gardner, (played by Josie Charles, who looks better than he performs) an ex-flame of sorts who continues to nurse a torch for her. There is attraction, tension and a relationship that evolves a few seasons later, despite Alicia’s attempts to stay away.

But in the initial episodes, Alicia though strongly drawn to Will is struggling to maintain a semblance of balance as she seeks solace in her career. She is fighting her own battles at the work place, pitted against another junior associate; Cary Argos played by the baby-faced Mark Czuchry, who is better remembered as the wealthy Logan Huntzberger from the Gilmore Girls. Their friendship, as is between two competing colleagues, is uneasy and fraught with undercurrents of tension, given that one of them will go.

The show has some brilliant co actors like Diane Lochart, played by the elegant and understated Christine Baransky, whose savvy lines reveal her sharp mind. “When the door you’ve been knocking at finally swings open, you don’t ask why. You run through,” she tells Alicia, while offering her a partnership with the firm.

This is a seven-part legal drama that is totally worth a binge watch for its powerful dialogues, verdicts that don’t often favour the innocent. It gives you an insight into American courtrooms (which are far removed from the Indian world) and the way justice pans out in the Western world.

The good life
A netflix series Rating: 4
Must watch: Good guest stars make this show unmissable. Michael J Fox as the crafty lawyer, exploits his neurological illness to comical extents in the courtroom. The underlying chemistry between Alicia and Will is subtle. The show sensitively explores the moral dilemma, a good wife like Alicia goes through, torn apart between her wayward husband Peter and Will.