The game will be cross platforms and intended to be a first-person platform, RPG with overtones of futuristic Sci-Fi 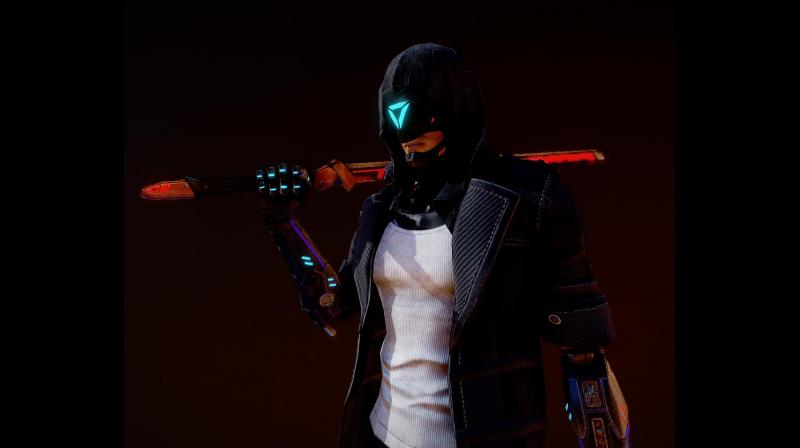 Game artwork and social media content to build hype will be released all through the game development cycle along with teaser videos and cut scenes.

For the many who believe in having their adventure from the comforts of their home, technology has blessed them with things like Play Stations and video games. The quest for an interesting game is always on and helping people in this mission is the new game by cross global enterprises called “ Shadow Earth : Extinction edition”. This Game is intended to be a first person platform and rpg with overtones of futuristic Sci Fi doomsday scenario.

To make the game more interesting and interactive it will involve direct combat, strategy implementation, and interactions with other characters and environments. Most of the game time will be spent exploring, Plat forming, fighting and garnering information from Non Player characters and also engaging in quests given.

The main character is traversing a perfectly 3d rendered landscape with open game world style with various levels to explore through which the storyline progresses and optional side quests for bonus content. The game world environment will have 80-90 levels filled with bizarre, mutated, advanced alien lifeforms , xenomorphs , frightening geometrical concepts etc.

The game will also have several cut scenes that will be animated to help further the storyline. The animations will have been motion captured , rigged skinned and key frame animated. Code will be developed for kinematics and hyper realistic graphics in the game. Game artwork and social media content to build hype will be released all through the game development cycle along with teaser videos and cut scenes.

Non Player characters will have custom artificial intelligence coding including knowledge, goal and problem solving abilities and maybe neural networks if possible. Code will also help make hyper real levels with perfect Color, Lighting , Shading , Reflections , Light Sources . Comprehensive texture mapping will also be done Both Real time and offline/pre rendering work will be done as per the requirements of the levels.

The game will be cross platform and time frame for completion of game development is between 18-24 months. After which 3-6 months of beta testing and then release.

Saif Khan of cross global enterprises when asked about the game said.” The agenda was to create something equally interesting and interactive. The game has been made considering the fact to make it more challenging and engrossing.We hope that our mission of entertaining the players becomes a success.”