The grand organ of Notre-Dame, dating back to 18th century, managed to escape the cathedral inferno without any serious damage. 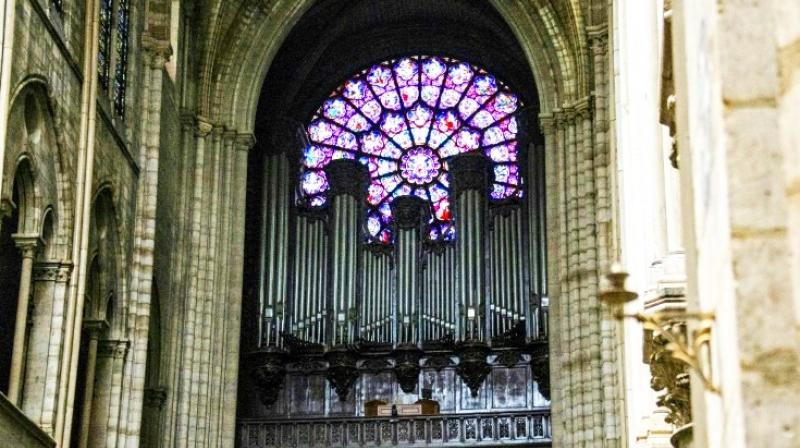 Notre-Dame's grand organ will be cleaned of dust and will probably not have to be taken apart after the inferno that ravaged the Paris cathedral. (Photo: AFP)

Paris: Notre-Dame's grand organ will be cleaned of dust and will probably not have to be taken apart after the inferno that ravaged the Paris cathedral, said the organist who was playing it when the blaze broke out said Thursday. Johann Vexo, who was performing for daily mass at the world-famous cathedral when the alarm sounded, said during a visit to Washington it was "very good news."

"Nothing burned, nothing melted, very little water from the fire hoses got into the organ itself," he said. "The experts on historic monuments and organ makers who are in charge of looking after the instrument managed to get inside the organ for around two hours" on Tuesday, he added.

"There is this very dry dust that has got into every corner of the instrument," he said, but noted that "it will be enough just to clean it without having to take it apart." Vexo, who has been playing the organ for 15 years, was playing at the 6:15 pm mass when the fire was reported in the roof, forcing him and others to evacuate the cathedral in the heart of the French capital.

He will play at Washington's Basilica of the National Shrine of Immaculate Conception on Friday as part of a free concert dedicated to Notre-Dame. The grand organ of Notre-Dame, dating back to the beginning of the 18th century, has been renovated and expanded on numerous occasions and is "full of poetry, with very soft but also very powerful sounds," said Vexo.

He said he hoped "the absolutely incredible acoustics" of the cathedral would be restored after its renovation. "I think it'll depend on how they restore the vault and all the structures and covering of the roof above," he said.