Gratitude is a great enabler, says eminent dancer Sonal Mansingh as she recalls her journey. 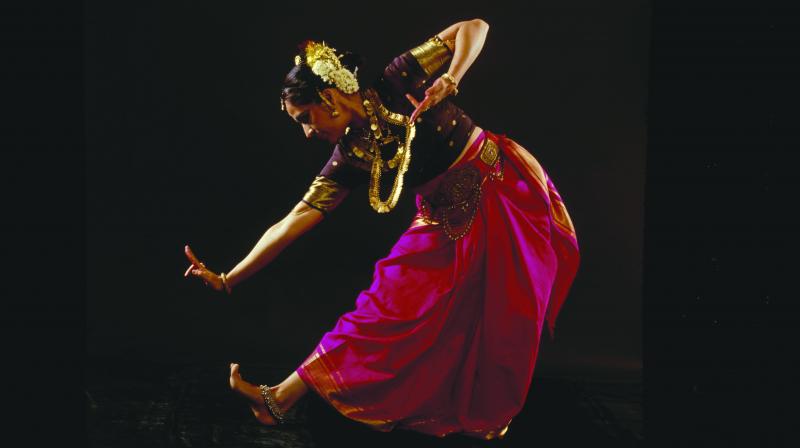 This veteran dancer is not just well-versed with Bharatnayam and Odisi but also Chau, Kuchipudi and much more.

The afternoon class just got dismissed at the Centre for Indian Classical Dance, a school run by Member of Parliament from Rajya Shabha and eminent danseuse Sonal Mansingh. Girls dressed in maroon kurta and yellow salwar wrapped in a yellow dupatta came out chirping about the new style they learnt. It was a usual weekend in the life of this eminent dancer. Draped in a gorgeous red saree the guru of Bharatnatyam and Odissi could be seen directing musicians on upcoming performances. She breaks into Odiya with equal ease as French, while explaining mudras. She is preparing for Sonalscape — a narrative on her life to celebrate her 76th birthday on April 30 and also 43 years of her dance academy.

“We have been doing different things for last 42 years where we involve students. Felt the millennial would like to know about the turning points of my life and hence Sonalscape. It was suggested by a friend. This is to express the inner and outer landscape – to present high, low and turning points.”

This veteran dancer is not just well-versed with Bharatnayam and Odisi but also Chau, Kuchipudi and much more. Born to Arvind and Poornima Pakvasa and with a grandfather like Mangal Das Pakvasa, a freedom fighter and one of the first five governors of India, she has had immense exposure and inspiration from family.

Things haven’t been easy. She has had many ups and downs in her life from being a rebel and leaving home for the love of dance, to marriages going sour, to being turned down at odd occasions.

The year 1974 was a turning point for this eminent dancer, choreographer, teacher, orator and a social activist after she met with a near fatal accident in Germany. Doctors gave up hope on her career. 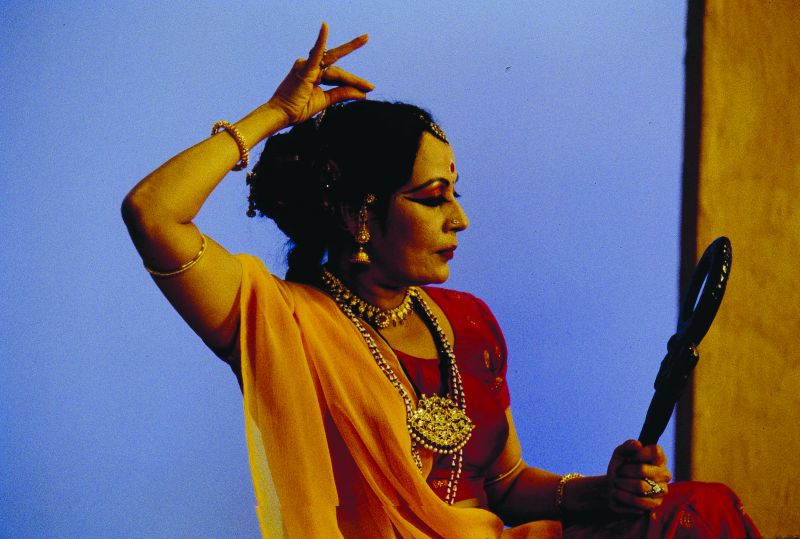 “Going back so many years I would like to remember the unbearable pain and yet my determination, as they were putting layers and layers of plaster caste, weighing about 4 kgs from my neck to hip. Those days light casts were not available. To put the cast my whole broken back was left swinging. I was determined not to scream or cry and doctors were amazed. In fact, they were all geared up and screaming. I was only sweating. That gave me an unfathomed depth of strength. That moment made me who I am today – the determination, courage, and self-respect.  I realised no matter how worse the situation is I am not going to cry or scream.  Later on many such trying times came, but it could never break me,” she recalls.

In 1975 she bounced back and known to have given a performance that got her a thunderous applause.

In 2005, another situation helped her bounce back in full swing.

She recalls how unceremoniously she was removed from the chairmanship of Sangeet Natak Academy because she was dubbed belonging to the saffron brigade, after UPA-I came into power. “The government wanted everyone out who was appointed during NDA-I, during Atal Behari Vajpayee’s time. There was an avalanche of articles and television coverage on this incident. I got free publicity worth lakhs. People thought I would hold up cudgels in a press briefing. In June 5, President of India’s notification went and I was replaced by Ram Niwas Mirdha. After three months, on August 29 and 30, I presented two new repertories – Intezar with the artists and musicians from Rajasthan and Sabrang — a juxtaposition of film and classical dance. That was my reply to the world.”

One of her choreographies,  Manavata, gained much fame. Prisoners of Tihar jail were given training to perform with her to celebrate International Day of Human Rights.

She manages all with grace and ease. But if you ask, she will quickly point towards a handmade painting of Goddess Durga and say, “I don’t manage anything…She (Durga) manages it all. I think I am only an instrument.” Below the artwork sits the photograph of her mother Padma Bhushan Poo-rnima Pakvasa, a noted social activist, from whom she claims to derive a lot of inspiration.

“And my grandfather too…”, she interrupts, “…and my father…My grandfather as in my paternal grand-dad “dadaji”, never treated my mother as a bahu (daughter-in-law) but a daughter. She got the upliftment from the head of family,” she recalls.

Dr Mansingh got to interact with doyens of music like Bade Ghulam Ali Khan, MS Subbalakshmi, Bismillah Khan, Rukmini Devi at her home. At the age of four she began learning dance and when she turned seven she started learning Bharatnatyam from Kumar Jaykar in Mumbai. She has later learnt from Prof U.S. Krishna Rao and Chandrabhaga Devi in Bangalore and Jayalakshmi Alva in Mumbai. She has been trained in Odisi under Kelucharan Mahapatra and Jiwan Pani and Chau under Anant Charan Sai. An exposure that helped her learn many languages.

“I am a Gujarati from Mumbai, so Gujarati, Marathi, Hindi comes naturally. Sanskrit was compulsory during matriculation and I love the language. English started late as I joined Elphistone College Mumbai. My grandfather gifted me a pocket dictionary, which came handy. I pursued German in my BA honours and I simply loved it. For Bharatnatyam, I was fortunate to learn Kannad, Tamil and Telugu — learning the texts and Natyashastra. I was married to an Odiya family.  I learnt Bengali when I performed at Tagore’s dance drama in 1961 where Pankaj Mallik sang.

Later on as I traveled I picked up French among many other languages. I love languages — the cadences, the rhythm, the tone and the tenor.  I think it opens up the culture to you.” As different cultures were being discussed, the whole culture of juxtaposing dance forms into fusion came up.

“Creativity should flow. I have also done fusion but no Confusion,” she smiles, adding, “I have done fusion with contemporary, with Chau, but never losing the gravitas and the aesthetics, so that people remember. There should be a purpose even as we mix different forms.”

At a moment, where she looks back to look forward in life, she prefers to stay in the attitude of gratitude. “Gratitude is a great enabler. Be honest and be grateful to the gurus,” she says.