Twitterati reacts after photo of a burning tree goes viral 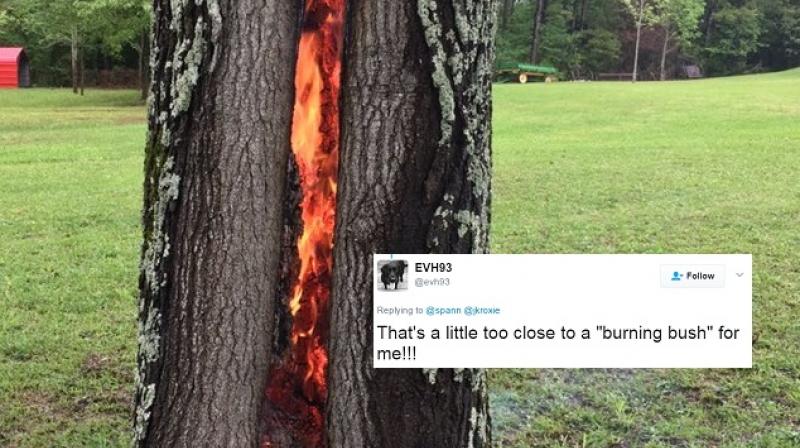 The photo posted by meteorologist James Spann has got over 11, 000 retweets and people are really amazed by it. (Photo: Twitter/JamesSpann)

Storms and tornado's can cause a lot of destruction to life and property and most people usually go for cover in such circumstances. However, one man was able to capture an interesting photograph of a tree that most people might think is unreal but was cause because of the tree was struck by lightening and was burning inside and it has now gone viral.

According to a media report, Mississippi was affected by serious weather conditions not a long time ago and there were several storms and tornados that wrecked the city. However, the weather produced a beautiful sight when lightening struck a wet tree and it started burning but only from the inside. The photo was taken by Janis Melton of Baldwyn and was shared by meteorologist James Spann before it went viral.

The tweet has got almost 11, 000 retweets and the Internet is simply admiring the marvel that destruction caused in the northern town of Mississippi. Many Twitter users came up with funny captions after the photo went viral. Read some of them below:

@spann @jkroxie That's a little too close to a "burning bush" for me!!!