Steve Smith has been banned for one match and fined his entire match fee. 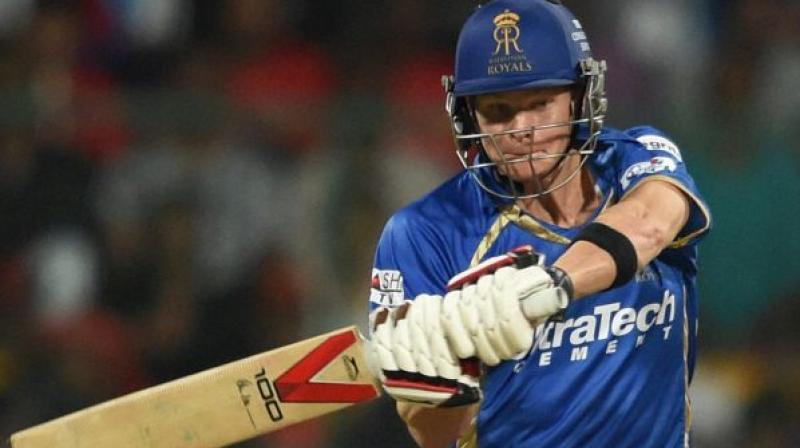 Smith said the team's "leadership group" had a plan, carried out by Cameron Bancroft, to tamper with the ball to "get an advantage". (Photo: PTI)

Australia captain Steve Smith has been banned for one match and fined his entire match fee by cricket's world governing body for his part in a ball-tampering incident in South Africa.

Smith said the team's "leadership group" had a plan, carried out by Cameron Bancroft, to tamper with the ball to "get an advantage" and subsequently Smith, 28, will now miss the fourth and final Test of the series.

While their position in the upcoming IPL remains to be seen, with IPL chairman Rajeev Shukla on Sunday saying that the Rajasthan Royals will wait and see what sanctions the ICC imposes on Steve Smith before taking a call on his future as the franchise's captain, twitterati took to social media to show their disgust at the row.

Sanjay manjrekar had tweeted early on, "Never understood this desperation to win. It’s not life, it’s sport after all. Even if you are a sportsman. #balltampering."

Typical over reaction. No, ball tampering is not the same as match fixing. Match fixing is a far more serious crime.

is @icc has different rule for different players #RSAvsAUS #balltampering?

Santosh S (@santosh2681) asked a very vital question when he tweeted, talking about the 1 match ban, he wrote, " If the same would have been done by an Asian, consequences could have been an year ban #BallTampering."

Celebrating a wicket leads to a 2 match suspension.

Care to explain the logic @ICC ?

One Shankar Sharma too tweeted about his shock and disgust at the entire incident,

I have heard of a bowler or two doing ball tampering. But have never seen the whole team top management get together to do this. This is the equivalent of Hansie Cronje having a team meeting to discuss whether they should accept an offer to throw a game!!

Comedian Mir (@IamMir) too took to twitter to speak about the issue. Replying to earlier tweets by Harbhajan Singh and Farhan Akhtar, he tweeted,

it such a shameful penalty - 1ban - this'll only motivate people in crunch situation/series deciders to plan and tamper with the ball and get penalised - afterall it'll be just one match. @ICC it's not only about ball tampering - its about being the captain and "PLAN" to CHEAT!

Another user tweeted saying that such players should be completely banned from the game,

Australian cheats should be banned from playing cricket..

Ball Tampering is big issue. If any Asian or West Indian player had been caught they would have ruined the career.. Why cricket authorities are protecting cheats.

South Indian actor Siddharth too tweeted his disgust about the incident, he wrote,

Australian cricketers caught cheating are being treated like boys whose dads own the school. Pathetic weak punishment! Sub continent teams have been crucified when they were not even at fault! Lehmann, Smith, Warner, Bancroft should be banned! #Australia stop ruining #cricket !