The tigers keep chasing the drone but soon one of them leaps up and hits it. 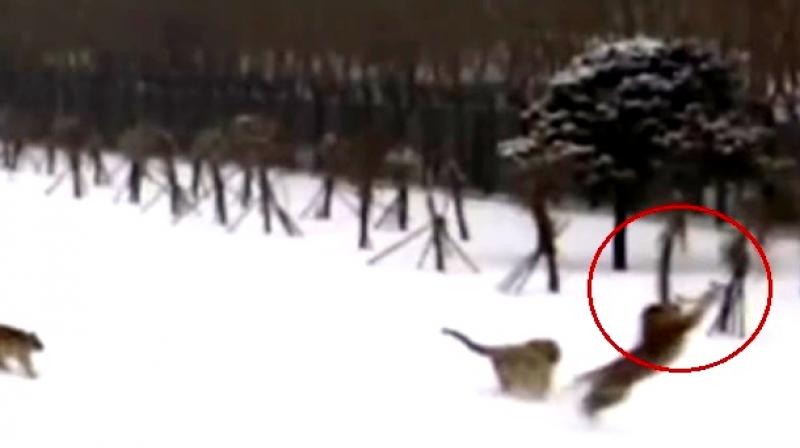 They seem to have mistaken it for food (Photo: YouTube)

Beijing: Videos of technology’s tryst with animals in the wild have been astonishing people on the internet for years and recent examples like langoors mistaking a fake monkey with a camera hidden in it as their own sure gave social media users the feels.

Tigers in China are much talked about when it comes to viral content and now a thrilling video of a group of tigers chasing and bringing down a drone has gone viral.

The footage seems to be recorded from another drone as one flying low is struck down by a tiger who pounces on it and is surrounded by the rest shortly.