Sportspersons need counselling on behaviour off the field as much as they need training for on-field performance. 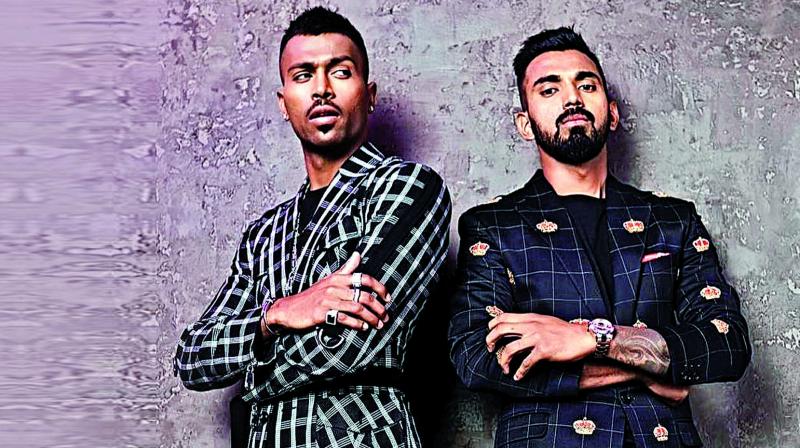 The lady who has been working with several athletes, and budding cricketers in India, has urged Hardik Pandya and L Rahul to undergo behavioural training before they represent India again.

Varadayini Gorhe (Chitale), a sports and exercise psychologist has a piece of advice for the current enfant terrible duo of Indian cricket.

The lady who has been working with several athletes, and budding cricketers in India, has urged Hardik Pandya and L Rahul to undergo behavioural training before they represent India again.

The two cricketers who were suspended pending inquiries after their controversial remarks on a TV talk-show now have a ray of hope as the the Board of Control for Cricket in India (BCCI) has lifted the suspension handed out to the two players.

Speaking to The Asian Age, Varadayini says, “In a cricket crazy country like India, lots of youngsters — be it budding cricketers or otherwise- look up to young cricketers like Hardik Pandya and KL Rahul. They idolise them, do what they do and even emulate a hairstyle! Hence, it is very important for cricketers to maintain an image which will help youngsters build a great personality. Pandya and Rahul may have a very colourful life besides cricket, but to flaunt it on a public platform with pride, showed them in poor light. More so, objectification of either gender can be avoided while talking on a public forum.”

Averring that maintaining one's dignity calls for behaviour control, she says, “It is a social responsibility that every public figure carries, and Pandya or Rahul are definitely huge public icons in India. Many celebrities on the same talk show dodge such controversial questions asked by the host. That would have been the best way for them to avoid a controversy.”

Sensitization necessary
Elaborating, she continues, “Sensitisation is nothing but being sensitive to topics, situations and areas which mean a lot to society, and is reflected in the behaviour of individuals. I am absolutely pro-behavioural counselling, not only for elite cricketers but also for the U-17 and U-19 cricketers who will eventually be exposed to the limelight, when they represent the country or club or IPL team.”

She points out that the exposure in today's world is far more than what it was when Sachin, Dravid or Ganguly were at their peak. “Today there is a big element of glitz and glamour thanks to social media. To handle this kind of exposure - young sportsmen need to be guided. Maybe a retweet or an Instagram post which may be funny to an upcoming cricketer may not be liked by a section of society. It is important to educate them to maintain a positive self-image in front of the media - through social media or public forums. Also, everything cannot be in their control. But at least a clear conscience, which can be built through counselling, can be achieved. So, visiting a sport psychologist for behavioural counselling and mind conditioning should be a mandatory step, just like cricketers go to strength and conditioning experts to condition their bodies,” she believes.

“Maintaining a public image is very important. For public figures, training to know what to say and what not to say to a person of the opposite gender needs to be learned. Many celebrities hire public relation experts to maintain their image in the media. For cricketers, the game should do the talking,” she argues, adding, “Sensitisation is required for two reasons. One to maintain a sharp working public image, and second to develop a stronger next generation by setting the correct example through behaviour discipline.”