The argument ended when the brave woman threw her boarding pass at the man. 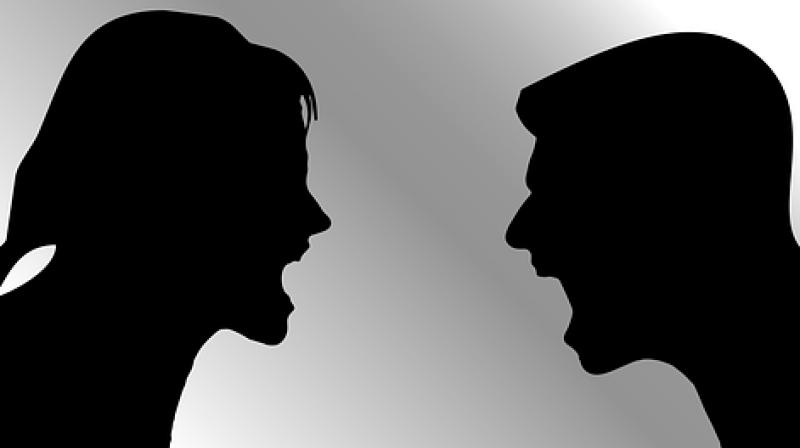 The woman began tweeting by saying the couple were arguing about money. (Photo: Pixabay)

Dowsett began tweeting by saying the couple were arguing about money, but in the following tweets it escalated to a much bigger issue that left people appalled.

Couple beside me at the airport is arguing over money. He just told her if she loved him she’d turn down the promotion bc everyone would know she’d be making more money than him and he’d be humiliated. Holy shit is that really still a thing? wtf

He just told her once they’re married and have kids she wouldn’t be working anyway so there’s no point focusing on her career anyway and I’m rekt. I can’t believe this is 2017.

OMG SHE WIPED HER TEARS & SAID “kids? who said anything about me ever wanting kids?!” pic.twitter.com/WrFXgAWIOz

SHE THREW HER BOARDING PASS AT HIM AND TOLD HIM TO HAVE FUN IN CANCUN. SHE JUST RAGE QUIT. OMG PEOPLE CLAPPED WHEN SHE WALKED AWAY. BEST. DAY. EVER.

The argument ended when the brave woman threw her boarding pass at the man and walked away from him as people clapped on.

Kimber commended the lady for her bravery and called her a 'goddess' who should never settle.

Dear Brave Airport Lady, if you ever see this, just know that although I’m sorry you went through this (esp during the holidays), I hope that, one day, you look back on this as a defining moment in your life. Never settle. Follow your heart. You are a goddess. ❤️

A lot of Twitter users were disgusted by the man's archaic thinking, while others praised the woman's bravery.

We live in Texas, wife took a better job in Tucson making significantly more than me. Because school year is so skewed between here and there my boys (11 & 8) and I won't be moving before June. She's been there since mid November. I'm proud of her and fully support her.

As an unhappy lawyer, I career-changed in my 30s; My wife made much more than me for the next decade (by year 15 i caught up). This allowed me to engage in risk, launch a business, ramp up to 10X her salary. Would not have been possible if I cared she made more than me. #partners

Who says toxic masculinity is just a problem for women? That guy would be so much happier if he let go of those gender-based expectations

Thank you for sharing a small victory from the frontlines. I wish she could feel the energy from all of us applauding her. And I wish he would be required to attend some of that “Welcome to the 21st century” training that the other male villains are hopeful enrolled in here... pic.twitter.com/TXXgB0YS3q