Christmas from a forgotten village

Tucked away in the narrow bylanes of Mazgaon, the inhabitants of a historical East Indian village celebrate the spirit of Christmas together. 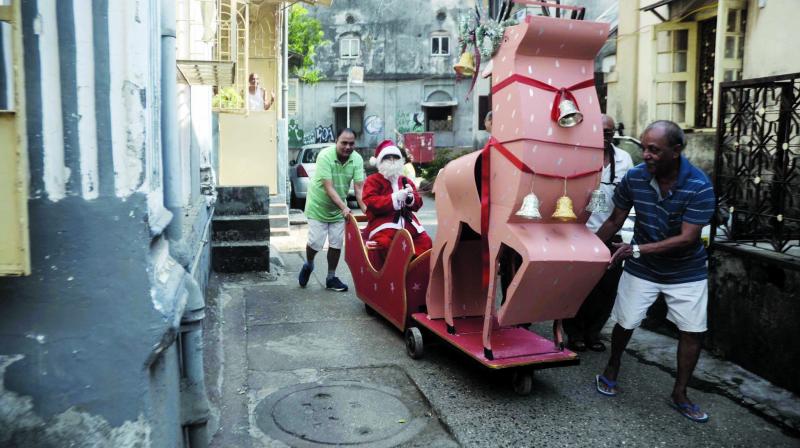 If one follows one’s nose from Gunpowder Lane in Mazgaon, past the majestic Lions Den bungalow, the scent of guava jelly cooking will lead one to the quaint village of Matharpacady. Right from the morning, doors and windows have been thrown open here and, if the music drifting from the speakers is any in dication, Christmas is in the air. While Joy to the World drifts from a bright blue cottage, younger generations plug in popular Christmassy numbers like Jingle Bell Rock and Last Christmas. The cottages of this region date back to around 200 years, making the village one of the oldest in the city.

Descendants of the original East Indian and Portuguese settlers still stay in the same tiled-roof houses, with their high ceilings and wood-panelled floors, and lace-curtained windows. Stepping into the narrow lanes of Matharpacady is like stepping into a fairly tale, or a page from the history books.

Stan Baptista, designated photographer of the neighbourhood and one of its stalwarts, tells asks us to wait around for a special children’s party that the neighbours have organised together. “All the people from the neighbourhood come home during Christmas — even those from abroad. We have a couple of women who had settled in Australia, and one family is from Scotland. Christmas time is a time for reunion for all of them,” he explains. 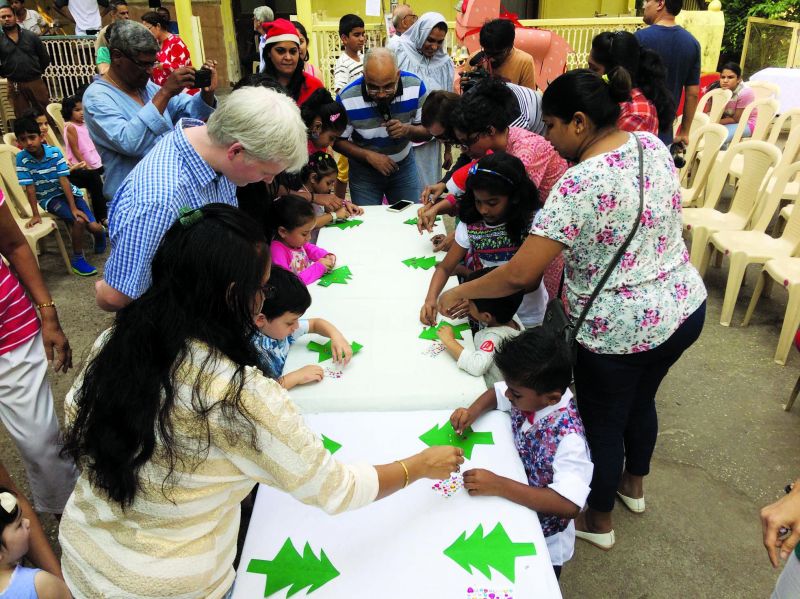 Tyronne Concescio, designated by his fellow neighbours, as one of the most knowledgeable and oldest members of the community, tells us that there is even a story behind the neighbourhood cross. “Although the podium where we have the manger today is new, the cross itself was constructed in the late 19th Century, right after the great plague that seized Mumbai. The wood is still the same, though the outer trappings have changed,” he recalls.

Outside the altar is the neighbourhood square. This is where most of the neighbours gathered for some fun festivities for the kids. Amid much chaos and chatter and setting up of Christmas games, Charmaine Vongeyer, one of the residents, explained a bit more about the Christmas cooking. “We have your usual traditional delicacies — marzipan, kulkul, jujubies, nankhatai and karanji among other sweets. Though I’m not a very good cook, my aunt cooks for a whole lot of us,” she says cheerfully. One of her neighbours quickly adds that she has already received a box, while yet another offers to show hers.

The community spirit is not only obvious through the shared sweets but the fun and games that ensue. From two-year-olds toddling to finish a race, to twelve-year-olds making their Christmas decorations with ice cream sticks, there were games for all the kids in the neighbourhood. Once the competitions were over, the neighbourhood Santa Claus came riding in on a wooden Rudolph to become the hero of the day, with a bag of gifts and a bushel of laughter for everyone. 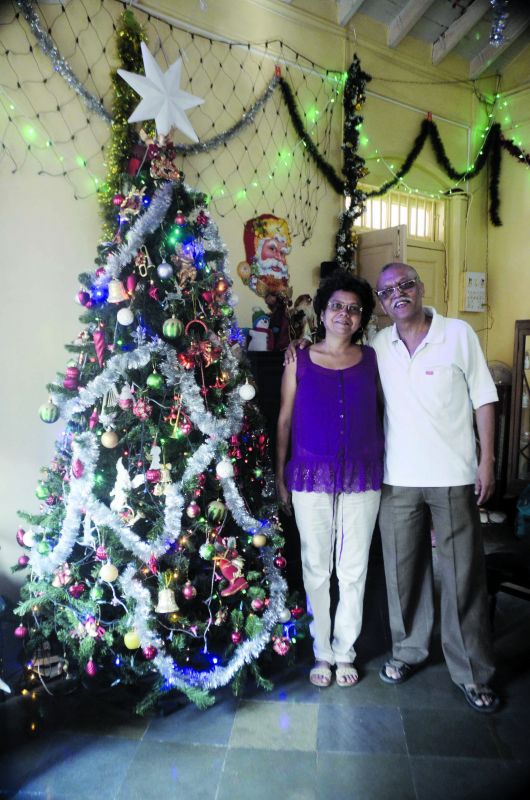 It’s not just Christmas, Captain Julius Valladares, who organised the party games, says is quick to remind us that Thanksgiving is just around the corner. “We mostly celebrate with our families tomorrow, but for the rest of the week, there’s going to be something or the other. We also have a pre-wedding party for one of the girls here on the 26th. We’ll all celebrate together,” he smiles.

It’s not all fun and festivities, however. Standing on the first floor balcony of his home, Stan looks over the square and points out to different multi-storey apartment buildings, with some bitterness. He says, “There used to be a small cottage there, and in place of that four-story house, there was once a single-storey bungalow with a balcony that went all around the house. Even the house where Bal Gangadhar Tilak’s advocate Joseph Baptista once lived has been torn down. We try to hold on to our heritage, but it’s always an uphill battle when you’re fighting against the government. This is a Grade III heritage area according to the government, but it’s not given the help needed to maintain the houses, and every other year, another historic building is replaced by a new apartment building.”