Around the world on a shoestring budget

Abhilash Surendran, who quit a well paying job at an MNC, talks about touring across the world with a budget, having covered 80 countries so far. 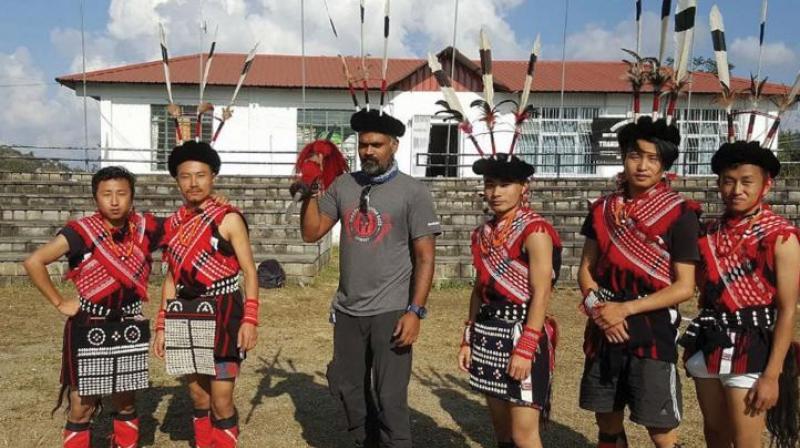 Abhilash, or Abhi for his friends, said goodbye to a well-earning career with an MNC in Singapore and has been touring across the world since 2009. Already, he has covered 80 countries by now.

How long will it take to see all the countries in the world? For us mere mortals, it might still be a stuff of our dreams. But for Abhilash Surendran, it might become a reality in 2020.

Bit by the travel bug, Abhilash, or Abhi for his friends, said goodbye to a well-earning career with an MNC in Singapore and has been touring across the world since 2009. Already, he has covered 80 countries by now.

Abhilash says that it was while working in the logistics sector in Singapore that a moment of realisation struck him. “Why just work and take up more responsibilities when there is a whole lot of stuff around the globe to explore?” It was then that he decided to chuck the regular job and pack his bag, to not just explore his country but the entire globe.

Twenty-one international flights, 23 international border crossings by land and couch surfing in 20 countries later, he has accomplished his craving by completing his first travel project which he named Project 365. In all he covered 35 countries (and Kosovo), spread across three different continents.

Riding a motorbike through 12,000 km of the Indian subcontinent, including the cold Himalayan roads of Nepal and Bhutan, was also part of this 365-day project.

“The concept of travelling non-stop for months came to me after I got hooked on to the idea of ‘Gap Year’,” says Abhi. A Gap Year, or a sabbatical year, is a year’s break that many students in West take between their college studies. The aim is to get a mature outlook before embarking on long years of study. Normally people choose to travel different countries during a gap year.

The first country he visited during the period was the beautiful Philippines. Then he spent each day exploring new places, people and the culture around them. “Three things that I gained during this journey were — the passion for travelling, photography and blogging. I made sure to write down the experience and the places I visit in my blog,” Abhi says. He named his blog ‘I am not home’.

“I call myself an explorer because I travel or visit places to explore new things there. I was not interested in using the conventional travelling modes to just see places. The more I visited new countries, the more I got the opportunity to learn their culture.

“Exploring places also means, exploring their festivals,” he explains. He made sure that he never missed festivals like Thaipusam or Thaipoosam, Rio carnival festival, Masskara, Shillong cherry blossom festival, Sangai, Phuket vegetarian festival and Loy Krathong or lantern festival. “More than just attending these festivals, my mission was to celebrate these festivals with the local people in these places,” Abhi says.

Now, Abhi is on a mission to explore India, especially the North East. And for sure, enjoying festivals is part of his plan. The Nagaland’s Hornbill festival that lasted for ten days was a major target. He started his present trip from Guwahati. The mission is to cover the East-South and Western part of the country. The destinations picked are Kibitu — the eastern-most part of India to Kanyakumari — the southern-most part of India, then leading to Koteshwar — the western part of the country.

“I am often asked about the amount I spend on my tours. I scour through airlines that'll fly you across Europe or any other places for a nickel, and websites that bring up limitless destinations in an instant.

“The real challenge is not in choosing the route but in accomplishing the journey as the less-expensive traveller. Though my travels might take me to some of the wealthiest corners of the globe, my budget is limited. I too had something to prove that it doesn’t take a sack full of cash to live the high life. Couch surfing and other economic ways of travel have helped me to limit my expenses. But then, since I am not a fan of luxury and comfort, I am able to keep my expenses in check,” he said.

For those who yearn to travel, Abhi’s advice is simple: “Pack your bags and head to wherever you want to; leave aside the worries of responsibilities and expenses. At the end of the day, only these experiences and memories around them will remain.”