On display are 206 artworks that capture both the figurative and the abstract style of painting that were inspired by mythology and folklore. 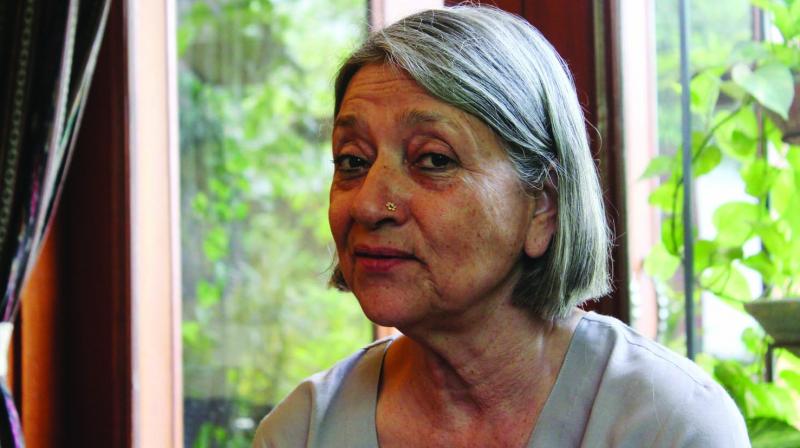 Are the words ‘divine’ and ‘formless’ synonymous to each other? An exhibition displaying artworks in both figurative and abstract style tries to find out.

Nalini Misra Tyabji, a Delhi-based artist is currently exhibiting her works at the India Habitat Centre in Delhi under the banner of ‘Form.Less.’

On display are 206 artworks that capture both the figurative and the abstract style of painting that were inspired by mythology and folklore.

Though her works are based on divine and mythological characters, she calls them ‘Form.less’, deeming it ‘a play on the word’. “If you remove the dot, you have a whole word which is formless – a synonym for divine, the artist shares.

“When I say divine, I’m not religious but I am deeply spiritual,” Her works capture the sun, the moon and divine characters. To her, capturing these characters on canvas has a charm of its own – particularly Krishna, who is her “muse”.

She elucidates further, “I do not treat them as religious icons. They are fascinating because it’s like talking about science. Krishna to me is like the black hole, as everything comes out of that and everything goes back into that.” Tyabji’s interpretation of Krishna is different from the way other artists depict this mythological character; she depicts him androgynous in nature.

“I realised that Krishna is not a man and cannot be one. If the creative force is male, then where is the female force coming from? Krishna has to encompass every single thing and gender in between.”

The versatile artist is hardly hesitant in admitting that she “paints like a child”. The different styles of art build her work. From Kalamkari to Madhubani and warli, all of these styles find a way into her paintings. On the intricate works in her paintings, she comments, “It purely comes from the decorative arts – the regional arts as one has seen them since they were a child.”

There is sheer innocence captured in these works. “I paint without much knowledge. I paint because it gives me joy. The innocence comes from the fact that a teacher or a guru hasn’t sat on my head saying, ‘Don’t do this! Do this!” There is also a positivity that is seen in my paintings,” she reveals. “I am a 100 percent positive person so whatever I put down on paper cannot be negative.”

Another technique that the artist has in her armour is the use of mono-printing gelli plate. The technique involves one print developing along with prints out of one design. It invites much intrigue about the ghost print that is created through the technique.

One of her noteworthy works is Donyi Polo that depicts the sun and the moon and the little girl (Nalini) swinging. She adds, “It’s two celestial bodies together. Everything my art shows is all part of the same huge universe, there is no question of separation.” The centerpiece Formless is painted on a three by three feet canvas that depicts how nature flourishes when nature is untouched by man through patchwork quilting.

Tyabji is firm on the fact that work is her message. “They (the viewers) will have to take from it whatever they can. But I do hope they take some message from it and share that with me,” she sums up.