Virat bowled over by Veganism 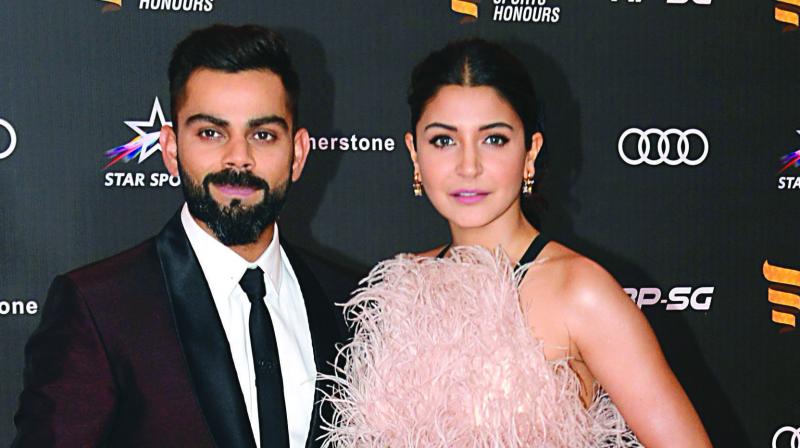 Actor Anushka Sharma seems to have a great influence on hubby Virat Kohli. She’s a vegetarian, and now we hear the Indian skipper too has officially joined the growing group of vegans all over the world. However, turns out, he’s not the only sportsperson to adopt the dietary lifestyle.

“Vegan diets can support healthy living in people of all ages, including athletes and sportspeople. It’s possible for physically active people to thrive without eating animal products,” she explains, adding, “Cricket players report improved recovery time, more agility and quicker reflexes. A meat-based diet tends to make people sluggish because it takes very long for meat to be digested — but vegetables are quickly processed and turned into valuable fuel for your body.” While The Vegan Society has members spread all over the world, “we know India has a strong vegan and vegetarian population, and has the potential to lead the world in terms of veganism,” says Dominika.

A vegetarian meal makes the diet energy-rich, according to Kinita Kadakia Patel, a sports nutritionist who has worked with and earned the praise of cricketers like Sunil Gavaskar, Jonty Rhodes, Zaheer Khan, Irfan Pathan, Harbhajan Singh and Pandya brothers-Krunal and Hardik.

“A vegetarian meal has comparatively higher carbohydrates, making the diet energy-rich. Different types of carbohydrates provide energy at different speeds and a good mix of sustainable and instant energy sources can make a vegetarian diet an energy storehouse,” explains Patel, adding, “When the carbohydrate quantity, timing and type is met correctly, an athlete benefits from a tremendous energy surge.” She does have a word of caution though. “When making a switch from a meat to a vegetarian diet, it is critical and imperative to get few nutrients calculated in order to ensure the transition is smooth and no deficiency occurs. One such nutrient is having enough high biological value protein. The timing of these protein sources and the quality must be well planned in order to achieve complete recovery from intense training schedules, prevent injuries and achieve muscular strength for different formats of cricket,” says Kinita. Sports nutritionist Ryan Fernando, who has been monitoring the diet charts of Shikhar Dhawan, Robin Uthappa, Manoj Tiwari, Pragyan Ojha, Yuvraj Singh and a few women cricketers says, “I am sure Kohli must have hired his own nutritionist, but during this transitional phase, his possible deficiency in Vitamin B-12 and proteins must be taken care of by additional supplements.”

He adds, “With vegan diets, the load on his intestines will be less and he will have less stress in his body.”

Interestingly, while Suresh Raina, R. Ashwin, Cheteshwar Pujara, Anil Kumble, Venkatesh Prasad, Manish Pandey and Rohit Sharma have been strict vegetarians throughout, India’s master-blaster Sachin Tendulkar is a known non-vegetarian, who apparently tried to influence Sehwag to make the switch to a non-vegetarian diet during his playing days.