Chinese polluting plants to be shut down in Papua New Guinea 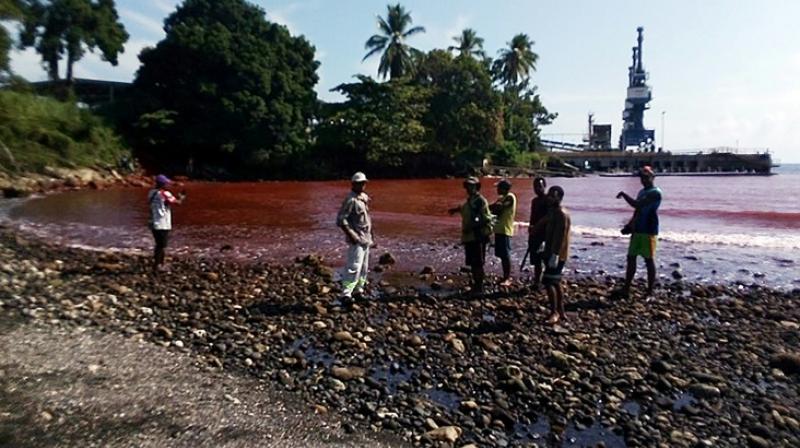 Papua New Guinea said Thursday it had ordered the indefinite closure of a multi-billion dollar Chinese-owned nickel facility that spewed potentially toxic red slurry into the sea. The Mineral Resources Authority said it had ordered owners of the Ramu Nickel refinery to "shut down its processing operations" as of Monday October 21.

The facility is run by the state-owned China Metallurgical Group, which mines and processes nickel, a metal widely used in batteries, including for electric cars. In late August, the plant's mechanism for dealing with slurry failed, sending hazardous liquid into the Bismarck Sea and turning parts the surrounding coastline ochre red.

Earlier this year the China Metallurgical Group asked Papua New Guinea officials visiting Beijing to approve plans to expand production capacity. The Mineral Resources Authority now said the company had been "ordered to cease operations because it has failed to adequately" fix a string of defects spotted during the investigation.

They included poor spillage containment systems, inadequate maintenance and "incompetency of operators". Ties between Beijing and the resource-rich Melanesian nation have been growing apace, but there have been repeated tensions over standards at some minerals and infrastructure projects.