The findings come from the study on Southern Resident killer whales, a critically endangered population in the Pacific Ocean. 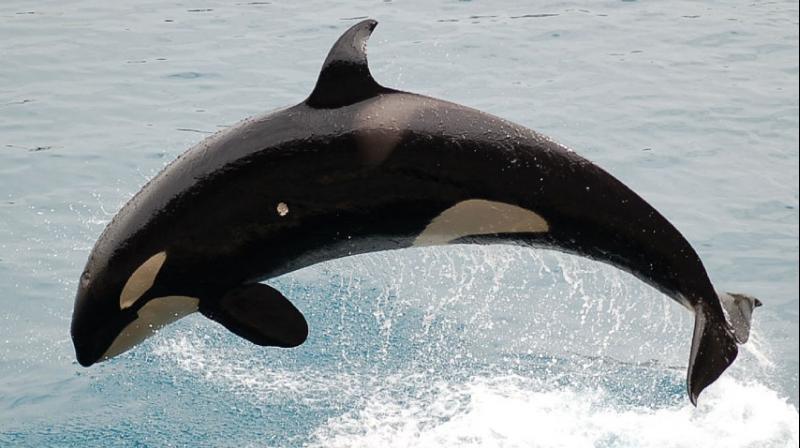 The findings come from the study on Southern Resident killer whales, a critically endangered population in the Pacific Ocean. (Photo: Pixabay)

Male killer whales who remain socially isolated are three times more likely to die than those at the centre of their social group, a study suggests.

The effect is much stronger in years where food is scarce, and it does not affect females - possibly because males are larger and need more support from the group to get enough food, researchers said.

The findings come from the study on Southern Resident killer whales, a critically endangered population in the Pacific Ocean that numbers just 76.

"This research highlights the importance of social bonds to male killer whales, and shows that males that are less socially connected are more likely to die when times are hard," said Samuel Ellis, of the University of Exeter in the UK.

"Killer whales are highly cooperative, and males at the centre of a social group are likely to have better access to social information and food-sharing opportunities," said Ellis, lead author of the study published in the journal Proceedings of the Royal Society B.

Southern Residents were among the groups from which killer whales were taken into captivity in the 1960s and 70s, and human activity is now posing much greater threats to their survival, according to Ken Balcomb from the Center for Whale Research in the US.

"Salmon is the main food for these whales, and stocks have been driven down by overfishing and the blocking of spawning grounds by damming rivers," said Balcomb.

"These factors make it all the more important to understand the drivers of survival and mortality among these whales," Balcomb said.

"Our research shows the importance of considering social positions and family ties in understanding and predicting the future of endangered populations," said Dan Franks, from the University of York in the UK.

Previous research has shown sociability has an effect on human life expectancy, but this is the first study to show that social position across the lifespan can predict survival in non-human animals, researchers said.

"These whales have been studied for more than 40 years and they are all recognisable by unique markings," said Professor Darren Croft, of the University of Exeter.

"By seeing which whales regularly swam together across a year and across multiple years, we started to understand a network of what in humans we would call friendships," Croft said.