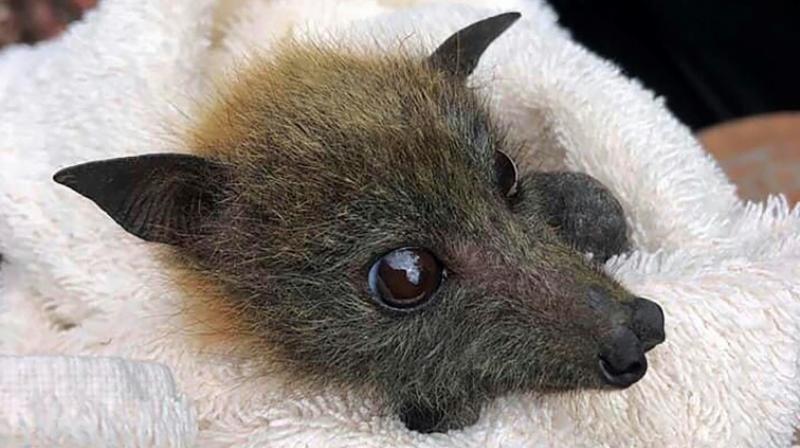 Thousands of flying foxes died across Australia during the last southern hemisphere summer in a series of colony collapses caused by heat stress. (Photo: AFP)

Large numbers of bats are being found severely emaciated or starved to death in Australia amid a prolonged drought that is crippling their food supply, according to wildlife carers and environment officials.

There has been a "rapid increase" in the number of stricken native flying foxes found in areas of Queensland and New South Wales over the past two weeks, rescue group Bats Queensland told AFP.

Though there have been cases of mass bat starvation in the region before, Fraser said her organisation had never dealt with an event on this scale.

"We can expect to see it get worse as well," she told AFP. "The changing climate is going to worsen the drought and make it a pretty poor environment for bats to try to survive in."

Some flying fox species are listed as vulnerable to extinction. They are also a key pollinator of eucalyptus trees, the koala's main food source.

Queensland's Department of Environment and Science told AFP that officials believed the deaths were linked to the impact on the bats' food supply of the extended drought, as well as recent bushfires and storms.

Fraser said many of the flying foxes rescued by Bats Queensland were so emaciated their bodies had begun shutting down beyond the point of repair, forcing carers to euthanise them. Even for those deemed fit enough to survive up to seven weeks of rehabilitation, the future remains uncertain.

"We don't want to be releasing them if there's not the food sources out there," Fraser said.

All of New South Wales and two-thirds of Queensland have been declared as in drought, with the Bureau of Meteorology predicting below-average rainfall across much of Australia's east for the rest of the year.

Thousands of flying foxes died across Australia during the last southern hemisphere summer in a series of colony collapses caused by heat stress.

The increasingly common phenomenon is the result of extreme temperatures, which cause the bats to fall from trees as their brains boil and they succumb to the heat.