And the book does a great job of exploring how Indian magic became a part of Western consciousness, thanks to colonization. 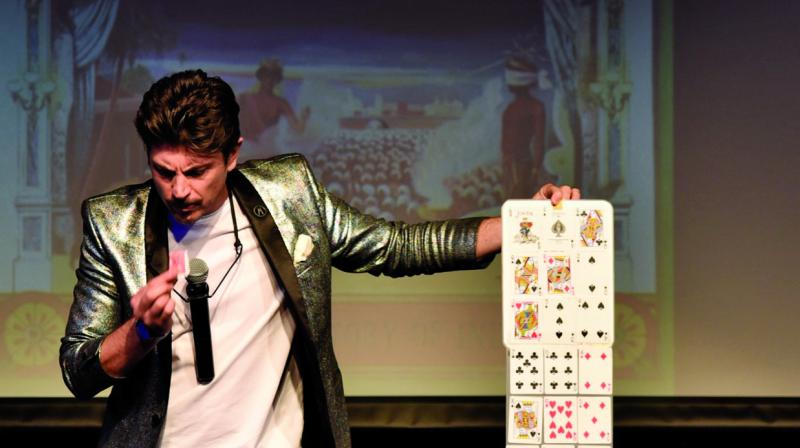 John Zubrzycki’s Jadoowallahs, Jugglers and Jinns: A Magical History of India is a lot like magic — mysterious and mesmerizing. The book chronicles India’s long association with magic through captivating accounts of Indian street and stage magicians, their magic tricks and logic-defying feats, sourced from travelogues, memoirs, newspaper reports and even the testimonies of Eastern and Western magicians. At John’s recent book launch, which was hosted by G5A Foundation for Contemporary Culture and the Australian Consulate-General, Mumbai, not only did the author shed light on the charming magical accounts locked in his book, but the proceedings were also enlivened by the performances of two talented magicians — Australian illusionist Adam Mada and mentalist Mhelly Bhumgara.

“Writing this book has taken me on an incredible journey, you can call it a magic carpet ride through time and space. A journey that has touched on the very soul of Indian culture and society, a journey that has uncovered so many extraordinary stories that have never been told,” said the author. And the book does present some extraordinary feats, people and life stories. Nestled within the pages of the book are accounts of inexplicable magical acts that are synonymous with the subcontinent, like the rope trick, snake charming, sword-swallowing, tales of sadhus appearing and disappearing at will and fakirs reading minds and futures. But the best part about the book is that it doesn’t seek to explain any of these tricks, rather, it merely chronicles their mystical charm while also exploring the impact they had on the rest of the world. 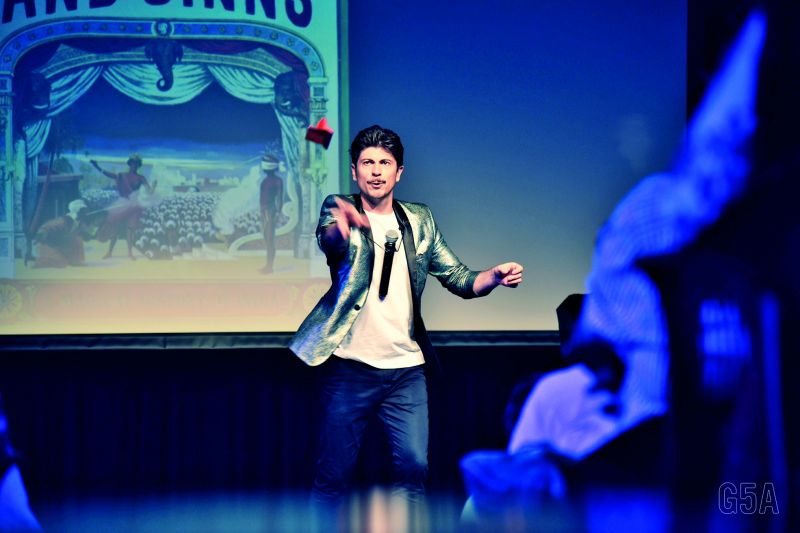 While the book offers a refresher course on the ancient masters of magic, like ‘Gilly Gilly’ man, Gogia Pasha; P.C. Sorkar (who infamously sliced his assistant in two on BBC’s Panorama in 1956); Kuda Bux (famously known as the man with the X-Ray eyes) and others, it also brings to the fore some lesser-know, but significant names in the business, like Linga Singh, a leading Indian magician in England who was the first to combine Eastern magic with Western stage effects; Professor Ahmed, court conjurer of the princely state of Chakri who was known for his ‘sphinx trick’, and many others as well as their life stories. But, most importantly, the book chronicles the country’s time-tested association with magic as it points out how, if there was one thing common between the chronicles of 14th century chronicler Amir Khusro, the Tunisian adventurer Ibn Battuta and the Italian explorer Marco Polo, it was tales of Indian magicians and their baffling magic tricks.

“To research for this book I spent months sifting through archives in Kolkata, Delhi, London, Washington, Melbourne and Cambridge, which just gives you an idea about how far and wide Indian magic has spread,” shares John. And the book does a great job of exploring how Indian magic became a part of Western consciousness, thanks to colonization. It even helps us understand how, because of the influx of Indian magicians in Europe and England, magic and mysticism came to be associated with the country. “In the middle of the 19th century, the magic halls of the West were crowded with the likes of the Fakir of Shimla, the Fakir of Ulu and the Fakir or Jaipore, prompting one writer to complain about the ‘fakir invasion’,” jokes the author.

The book is an intriguing read, not just for people interested in magic, but also for those interested in discovering an aspect of our collective past, one we’ve ignored for long for fear of being looked at as the ‘exotic other’. For, magic will always have a special place in our lives. As John puts it, “I believe in the magic of human ingenuity and the human need for wonderment. Magicians make us wonder what is real and that question will always resonate deeply within us, even in this digitized and disenchanted age.”