Twitter exposes celebs who’ve mindlessly tweeted about the Amazon forest fires by sharing either old pictures or those taken from other countries. 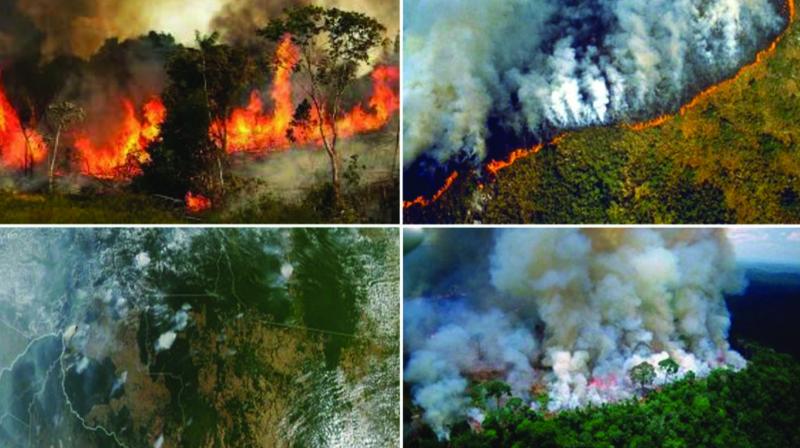 The inaccurate photos that celebrities shared without verification

Unless you are in an isolated island you are well aware that the Amazon Rainforest is burning. Environmentalists worldwide have shared multiple posts on their social media handles, explaining how serious the matter is.

Indian celebrities never lag behind an international trend. They started tweeting instantly about the forest fires. And, while doing so, they posted either old pictures or those taken from other parts of the world. Their tweets too, nothing original, they cut-n-paste from others’ tweets. Almost identical — “Deeply disturbing news...” “My heart is breaking...” “so heartbreaking...”, for instance.

Oscar-winning actor Leonardo DiCaprio has also been sharing images and posts on Instagram and Twitter to raise awareness of the fires and telling people on what they can do to help. Unfortunately, one of the many images DiCaprio shared was published in Feb-ruary 2018 and is not of the current fire.

The pictures used by celebrities Alia Bhatt, Disha Patani, Dia Mirza, and Hansika are all from years ago and of a completely different but similar ecological disasters. Some pictures doing the rounds on the internet are for representation purposes and they don’t have factual merit.

Anu Priya, social media professional comments, “Most of the people here are joining the bandwagon without even verifying images and posting photos that may or may not be of the Amazon forest. A lot of people are posting California fire pictures. These celebrities have some social responsibilities because they have a million followers. So, before posting they need to verify such things.”

Ishita Roy, who works with an environment-based initiative, comments, “I don’t understand the urgency to comment on everything without having prior knowledge. Yes it’s paramount that awareness be spread, but isn’t what information is circulating more important? Clearly the intention is to post first and be updated in the eyes of the public rather than know the matter or issue at hand... It’s fine if celebrities don’t comment on every single thing.”

Ironically, while the celebs are quick to post their views on matters like this that’s happening in another part of the world, they remain mum or incommunicado when they are asked to comment on issues affecting India, especially is it’s not complimentary to the ruling government or if it will in someway affect their position.

They love being selective influencers!