Unsurprisingly, Delhi manages its water worse than every state and union territory in India. 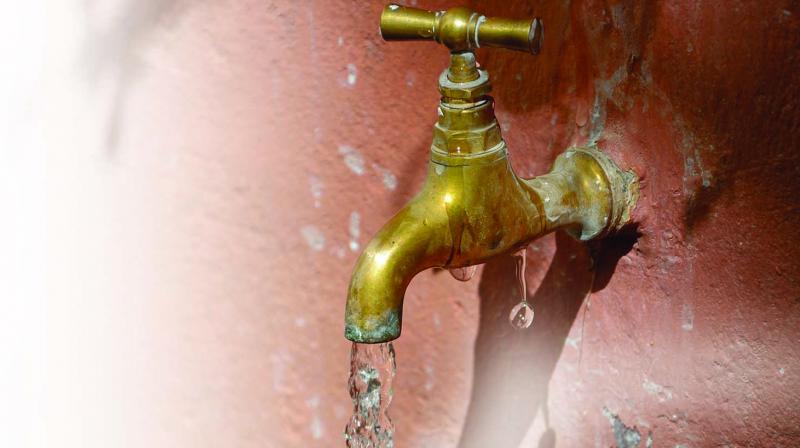 If you thought one of the most water-stressed cities in the world was going to perform any good on NITI Aayog’s recently published Composite Water Management Index, you are mistaken.

If you thought one of the most water-stressed cities in the world was going to perform any good on NITI Aayog’s recently published Composite Water Management Index, you are mistaken. The report, released by the Government of India’s policy think tank in collaboration with the Ministry of Jal Shakti and Ministry of Rural Development, might not have done complete justice to Delhi, as the city did not present data on 12 of the 28 indicators the report measured. And, yet, there is no doubt that our water situation is abysmal.

While the report speaks of indicators such as water supply (from both rural and urban perspectives), irrigation management, groundwater level and rainwater harvesting, we wondered what Delhiites had to say. After all, while the onus of water management rests on the government, citizens are the ones who are directly affected.

Photographer Puneet K. Paliwal has observed a marked improvement in South Delhi’s water situation from his days growing up in the nineties and noughties, courtesy the present-day consistent supply of clean and sweet water by the Delhi Jal Board (DJB). However, he adds, “The wastage is still as bad in my locality, especially because people have not put stoppers in their water tanks. When the DJB releases water in the pipelines for 60 to 90 minutes every day, people’s tanks are filled to the brim within 30 minutes. For the rest of the duration, a lot of water simply spills.”

He also points out the situation in slum areas still being pathetic. “At the slum behind Kalkaji, which is the locality I used to stay in until recently, people have to depend entirely on tanker services. Everyone gets their own pipes and stand in a line, and they manage to collect very little water per capita.”

As per Somanjan Banerjee, a marketer who lives in South Delhi’s Malviya Nagar area, problems crop up in decent localities as well. His area of residence has mostly student and working tenants, who, he believes, do not receive proper supply in comparison to the permanent residents. He comments, “The supply is always at very odd hours and it is very erratic. So one has to be very careful. Also, there’s no communication whatsoever concerning when the supply will stop, resume, etc. So we end up without water on many days. I do not see that happening with permanent residents.”

In Gurugram, which has been plagued by water scarcity problems since years, citizens echo similar sentiments. For instance, Vanshika Sethi, a working professional who lives in an apartment at Sohna Road, comments, “Most apartments in Gurugram get electricity and water backups, but they charge you a lot for those. The maintenance cost indicates that water is a precious – but almost unaffordable – resource here.”

She concludes, “Another apartment I lived in often had water shortages, even for three or four days at a stretch. Then tankers would come. We had to keep two or three buckets filled at all times.”