The Khairatabad Ganesha is supposed to be one of the tallest idols in the country. 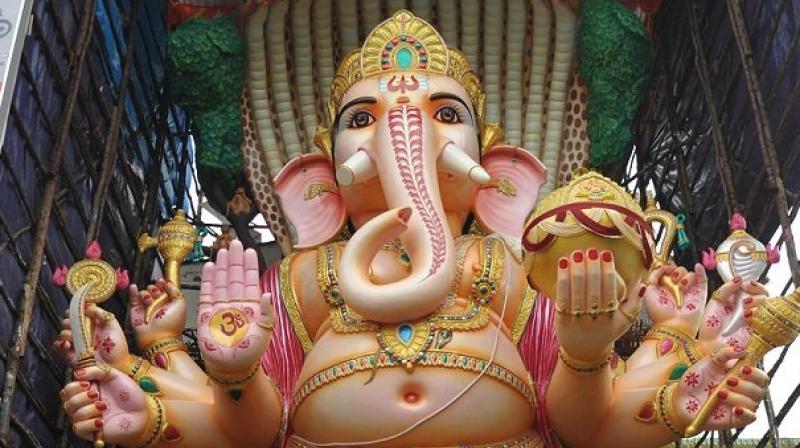 Hyderabad: The Ganesh Chaturthi festival began with religious fervour in Hyderabad and across Telangana with devotees thronging to temples and pandals to seek blessings of the deity.

Devotees gathered in large numbers in the Khairatabad area here to catch a glimpse of the city's most famous and tallest Ganesha idol, measuring around 57 feet.

Andhra Pradesh and Telangana Governor E S L Narasimhan along with his wife Vimala Narasimhan performed a special puja at the Khairatabad Ganesh pandal. They were accompanied by leaders of different political parties.

The governor also extended his greetings to the people on the occasion.

The 57-foot Khairatabad Ganesha is supposed to be one of the tallest idols in the country. Nearly 120 workers were involved in making the idol for the last three months.