A manager told her to leave Monday night as she was livestreaming the video on Facebook. 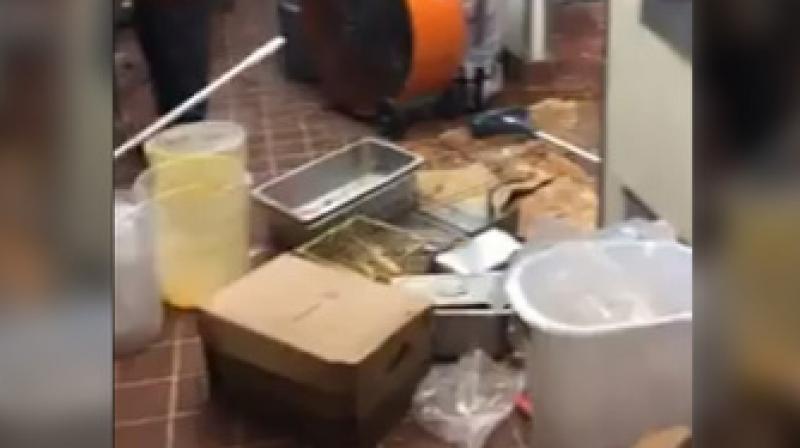 And life came full circle when the restaurant was shut down too. (Photo: Facebook/Shakita Shemere )

A Popeyes Louisiana Kitchen employee in Detroit says she lost her job after posting cellphone video showing unsanitary conditions in the food storage and preparation areas.

Shakita Shemere told The Associated Press on Tuesday that a manager told her to leave Monday night as she was livestreaming the video on Facebook. It shows uncovered containers of what appears to be raw chicken in a freezer, dirty containers stacked for reuse and trash across much of the floor.

The 20-year-old Shemere says she made the recording after the manager yelled at her for screaming when she saw a cockroach.

The AP left a voicemail seeking comment from the restaurant’s manager or owner.