Chasing the thrill of stunts

Annul Pale is one of the finest BMX stuntmen in the country. 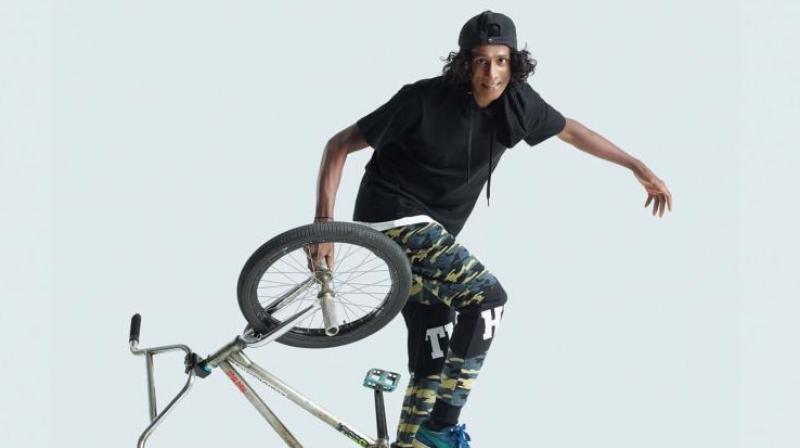 Annul Pale, a native of Mumbai, has choreographed cycle stunts for the Malayalam movie Nonsense.

In 2005, Annul Pale, a pizza delivery boy of Domino’s Pizzas, saw two college students doing tricks with their bicycles. Out of curiosity, he reached out to them and requested them to teach him some tricks. After getting tips from them, he bought a cycle that cost around `300 and developed his own tricks. That’s how one of the best BMX stuntmen in the country was born. In one month’s time, the same students requested him to teach them some tricks from his repertoire.

Annul, who is from Mumbai, has made connections to Malayalam cinema as he did the cycle stunts for the Malayalam movie Nonsense. It is the first movie ever in India to feature BMX cycling and it promises to enthral audiences with plenty of BMX stunts.

“For those who love BMX and aren’t totally square, it will be quite fun,” says Annul about the movie.

The movie is about teenagers and talks about the flaws in the education system. Malayalam cinema is sailing towards new quarters and has already introduced extreme sports like Parkour and freerunning. But BMX will be explored for the first time in this film.

Annul had to go through a lot of hardships during his childhood. Born into a family that was struggling to make ends meet, Annul and his mom, his brother, brother’s wife and child had to live in a small house in Kurla West in Mumbai. “When I started to dream big in BMX, I started to train without any break and it would go on for at least 8-9 hours daily. Since the last 12 years, I have never skipped a day of training,” he says.

Mumbai still has not accepted the sport, feels Annul. Though he is popular among the youth, elders, especially police officers, used to warn him and would go after him because they thought he was doing some crazy stuff with his bicycle.

Back in the late 80’s, pioneers of Indian BMX like Rahul Mulani along with several other would be seen bunny hopping on Mount Mary stairs in Bandra. That scene had almost died, but was resurrected by a handful of passionate riders. Their skills and passion are largely unknown to the common Mumbaikar. When they do come across these mentor-less athletes fine-tuning their tricks, they’re dismissed and ridiculed as circus animals. Annul is definitely one of them.

The 27-year-old Mumbai flatland rider’s passion and will to get back up after a failed trick is commendable. Especially when there’s little hope or recognition for the sport. He belongs to a group of athletes who’re determined to shape their own destiny rather than be steered by it. “Everything I have now, I owe to my career in BMX. Though I have not made a huge income, I could enlarge my small house, buy things for my family, and for my studies,” says Annul.

Annul is rated as one of the finest BMX flatlanders in the country and when the sports merchandise and beverage giant RedBull identified his talent, they gifted him a bike that cost almost `2 lakh.

He says the biggest and most inspirational moment of his life came when BMX world champion Viki Gomez visited Mumbai and he got a chance to interact with him and show his skills to him.

Annul is part of Meteoric, a group that consists of a bunch of talented skateboarders, dancers, freestyle footballers and BMX stuntmen.

He also has several titles to his name in Indian freestyling as well as BMX scenario. He bagged gold at a freestyle battle in Shillong and silver at the 3K Jam BMX Festival and won a few Indian freestyle and flatland competitions this year. His dream is to win at least a world championship in any of the categories.