From a full set of armour, to a bulldog, horse's head and a porcupine, here are weird things found in sharks’ stomachs. 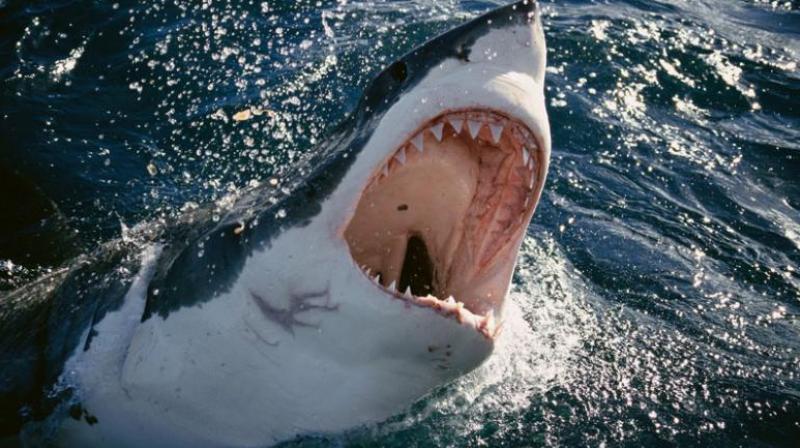 Since many of the shark species are on the brink of extinction, scientists often dissect and study their dead carcasses to find their cause of death. (Photo: AFP)

Sharks as predatory giants are at the top of the marine food chain - and with such a big appetite it's little wonder they can often bite off more than they can chew.

Since many of the shark species are on the brink of extinction, scientists often dissect and study their dead carcasses to find their cause of death.

It turns out that cutting into their stomachs can reveal exactly what they've been snacking on.

Here are 13 of the most jaw-dropping items found in a shark’s belly.

A bulldog on a lead: A tiger shark was recently caught in Sydney Harbour with a bulldog in its stomach - or at least, part of a bulldog – the head and forelegs to be specific. There was even a lead still tied around the dog’s neck.

A full suit of armour: According to 16th century French naturalist Guillaume Rondelet, a great white shark was once found with an entire suit of knight’s armour inside its stomach.

A porcupine: A tiger shark caught along Bondi Beach in Australia was found with porcupine spines in its stomach. This breed of  shark - the second most dangerous after the great white - normally feeds on squid, octopus and small reef fishes like boxfish and puffers. It's suspected this porcupine was already dead when it fell into the water but it still would have been a shock to the shark as the spines wound their way through its system.

Bottle of wine: In 1942, a French fishing boat caught a blue shark off the coast with a bottle of Portuguese Madeira wine in its stomach.

A Senegalese tom-tom drum: A tiger shark was caught off the coast of Senegal with a tom-tom in its stomach. The traditional Senegal drum from Africa are coated in animal skin.

A polar bear: In 2008 one of the mega beasts - which can grow up to a staggering 21 feet - was found in Norway with the remains of a polar bear inside its belly. Due to their size, location, and strength, polar bears are not a common meal for a shark.

A cannonball: In 1832, fishermen in the West Indies discovered a cannonball inside a shark’s stomach. They suspect it was from someone who was first shot by the cannonball, then consumed by the shark.

A fur coat: A tiger shark was once found with a fur coat inside its stomach - looks like caviar wasn’t enough for this sharks’ expensive appetite. The coat was on display in the early 1990s as part of a travelling exhibition about sharks created by the Natural History Museum of Los Angeles County in the US.

A reindeer: A reindeer was once found completely intact – antlers and all – inside the belly of a Greenland shark.

Greenland sharks have the longest known lifespan of any vertebrate species, living 300-500 years.

A horse's head: An entire horse’s head was once found inside an 11-foot tiger shark captured in Australia. It's suspected that the horse was cooling off in the waters by the beach when the shark attacked and bit its head off.

A video camera: During a Stuart Cove shark expedition in the Bahamas, photographer and diver Marc Taggart wound up feeding his video camera to a tiger shark during a dive.