Scientists are attempting the world’s first IVF treatment to save the northern white rhino whose numbers have plummeted to just three. 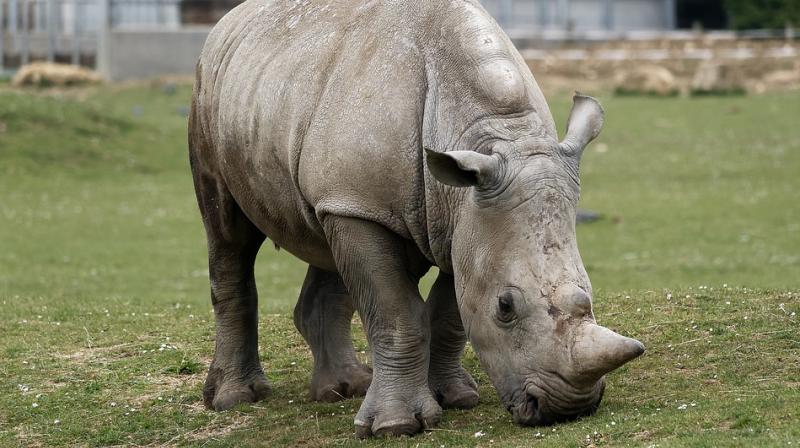 In an effort to save the endangered subspecies scientists have extracted eggs from three southern white rhinos, a more common breed, to make the first test-tube rhinos (Photo: Pixabay)

Wildlife lovers and conservationists are now making a last-ditch attempt to save the critically endangered northern white rhino from extinction.

Scientists and fertility experts at Longleat Safari Park in Wiltshire are attempting the world’s first IVF treatment to save the northern white rhino whose numbers have plummeted to just three after decades of poaching.

The three remaining northern whites all live under armed guard in Kenya and are too old to naturally reproduce..

Back in the 1960s there were around 2,000 northern white rhinos in the wild, but they were all wiped out by poachers for their ivory in three decades of poaching.

So in an effort to save the endangered subspecies scientists have extracted eggs from three southern white rhinos, a more common breed, to make the first test-tube rhinos.

The nine eggs extracted from female southern rhinos have been transferred to a laboratory in Italy to mature before they are fertilised with southern rhino sperm to hone the IVF process, before it is attempted in the rarer northern species.

The last remaining northern white male, Sudan, is 43-years-old and reaching the end of his life. Both surviving females have medical problems which prevent them from conceiving naturally.

If all goes well northern rhino sperm and eggs will be harvested from the remaining members of the species but because there are limited amounts to extract from these animals, IVF in more common southern rhinos is being tested first.

And if they cannot make a pure bred test-tube northern white rhino, they will try to create hybrid animals from sperm and eggs of the two closely related species.

If the treatment proves successful it is hoped it could be used alongside conservation programmes to help boost numbers of other highly endangered species.

However experts admit this last-ditch attempt to save the northern white rhino could end in 'failure' because of the complexity of using IVF treatment on a two tonne animal.