Turkish pharmacist tends to a stray dog that wandered in her pharmacy with an injured paw. 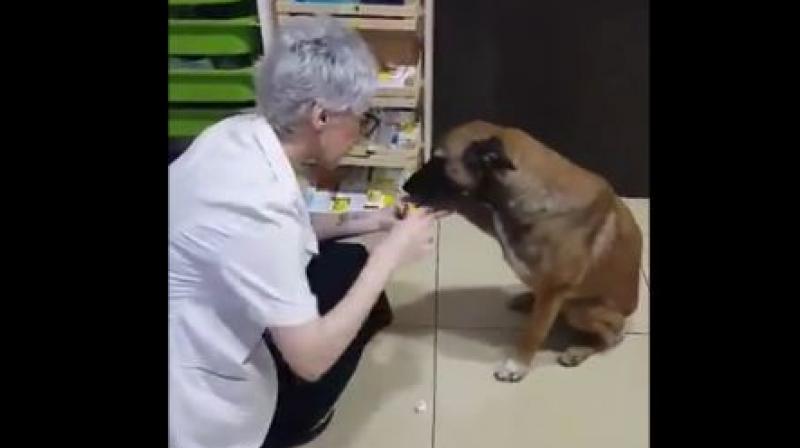 The pharmacy’s security footage shows her attending to the dog. Banu herself shared a video later showing her sweetly tending to the wounds on the paw. (Photo: Screengrab)

A video of an injured dog from Turkey went viral as it made its way into a pharmacy to ask for help. The dog entered a pharmacy run by Banu Cengiz in the country’s capital Istanbul. Cengiz, an animal lover herself, attended to the dog immediately, reported NDTV.

Cengiz puts out beds in her pharmacy for stray dogs to lounge on. However, this particular dog refused to rest on the beds and waited expectantly at the door with its injured paw. "She was looking at me," Cengiz said. "I said, 'Baby, is there a problem?'”

She then noticed that the dog had a cut on its paw and it was bleeding. The pharmacy’s security footage shows her attending to the dog. Banu herself shared a video later showing her sweetly tending to the wounds on the paw.

After getting the treatment, the dog rested for a while and soon recovered. Meanwhile, the heart0warming video of Banu and the dog went viral with over 10 million ‘likes’. Several people left praises in the comment section for Cengiz’s act of kindness.