In total, around 650 million lizards and snakes fall victim to feral and pet cats annually, they found. 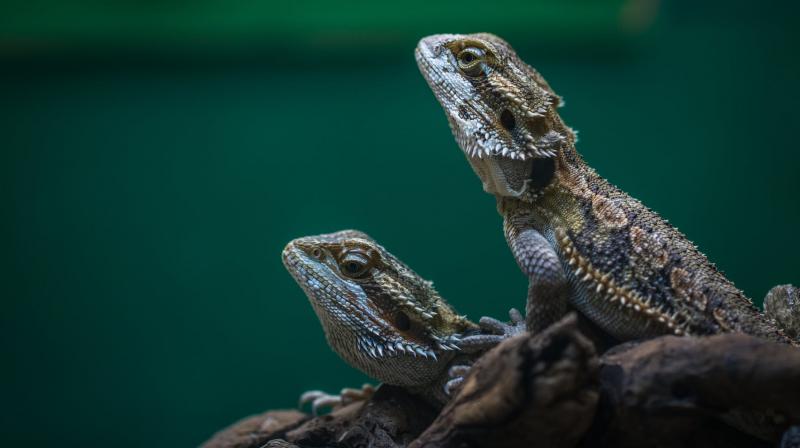 SYDNEY: Feral cats kill more than one million reptiles every day in Australia, a new study showed Monday, with the staggering slaughter threatening many species.

Cats have wiped out entire populations of some animals in Australia since being introduced by Europeans settlers two centuries ago, with efforts to cull or sterilise them so far failing to slow their march. The new findings are based on more than 10,000 cat dietary samples contributed by environmental scientists across the country.

In total, around 650 million lizards and snakes fall victim to feral and pet cats annually, they found.

"On average each feral cat kills 225 reptiles per year," said lead researcher John Woinarski, from Charles Darwin University, adding that feral cats consume more reptiles in Australia than in the United States or Europe. "Some cats eat staggering numbers of reptiles. We found many examples of single cats bingeing on lizards, with a record of 40 individual lizards in a single cat stomach."

The study, published in the journal Wildlife Research, showed cats were killing 250 different types of reptile -- including great desert skinks, bearded dragons and geckos. Of these, 11 are threatened species. Feral cats in Australia number in the millions, and are also considered the main culprit behind the country's high rate of mammal extinction.

Research by the same team last year showed cats were killing more than one million birds in Australia each day, including threatened species like the spotted quail thrush, the squatter pigeon, and the night parrot.

While there is an undeniable impact, Australia's Threatened Species Commissioner Sally Box said it was hard to pinpoint exactly how badly cats were affecting reptiles. This is because population sizes are not known for most reptile species.

The government has earmarked more than Aus$30 million (US$23 million) for projects to reduce the impact of feral cats on wildlife. The Australian Wildlife Conservancy last month finished a 44-kilometre long electrified fence to create a cat-free zone of almost 9,400 hectares (23,200 acres) in the desert.

The area will be extended to around 100,000 hectares and will allow native animals that have been pushed to the brink of extinction by the predator to be reintroduced.