PETA India worked with Bandra Police to file an FIR and transport horses to BMC Shelter for veterinary care. 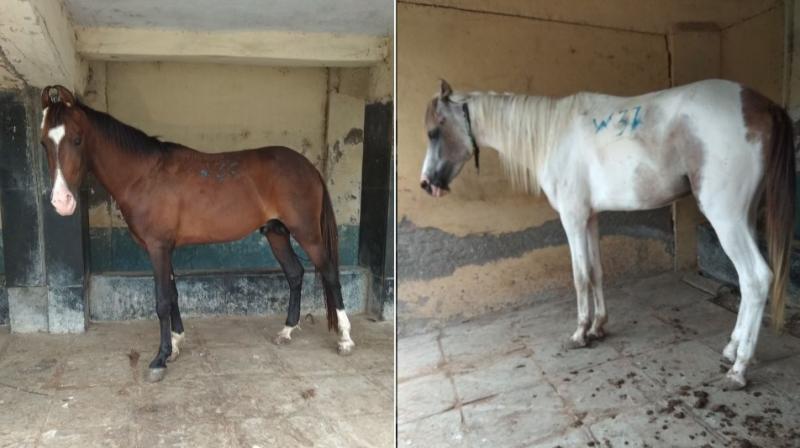 Both the horses were transported to Brihanmumbai Municipal Corporation's (BMC) cattle pound in Malad for immediate medical examination and veterinary care.

Mumbai: The Kherwadi police station in Bandra East, on Thrusday, May 24, seized two young horses, used in a political rally organised by the followers of Indian National Congress party, to protest against the increasing fuel prices.

People for the Ethical Treatment of Animals (PETA) India assisted the Bandra police to file a First Information Report (FIR) against the horses' custodians under Sections 3 and 11 of The Prevention of Cruelty to Animals Act, 1960, for treating the weak and exhausted animals cruelly, which included, people turn by turn sitting on them, forcing them to walk under the scorching sun for hours without food, water and shade and the custodians of the horses constantly kicking them to force them walk with the people sitting on them and taking pictures.

Both the horses were transported to Brihanmumbai Municipal Corporation's (BMC) cattle pound in Malad for immediate medical examination and veterinary care.

Earlier this week, after PETA India's complained to the Mumbai police about two malnourished and very thin horses in Nariman Point, who have visible ribs and backbones and are injured, the Cuffe Parade police filed an FIR against the horses' custodians and also transported the animals to the BMC cattle pound.

"Keeping horses in Mumbai is illegal, and using them in rallies and protests is also not allowed," says PETA India Emergency Response Coordinator Meet Ashar. "Political parties must stick to eye-catching and creative protests that don't subject animals to frightening, frenetic crowds. PETA India is working with the police and BMC to get neglected horses the care they need."