P.S. I love you: Dead wife sends letters to husband

Kate had been secretly writing cards to Chris until the year 2042. 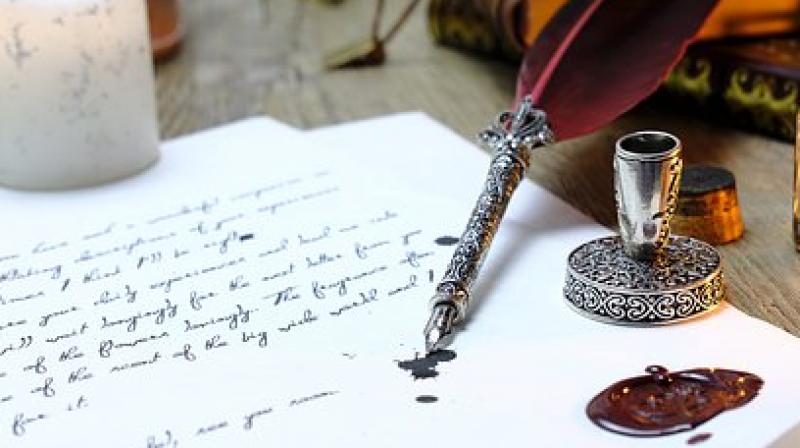 Kate had been secretly writing cards to Chris until the year 2042. (Photo: Pixabay)

Two years ago, Kate Pointon from Mirfield, West Yorkshire died after a five-year battle with a rare and aggressive form of cancer but her husband Chris couldn't wait for her letter for his birthday last week.

Kate, a consultant in medicine for the elderly, was diagnosed with cancer in July 2016, at just 29-years-old.

However, just before she passed, Kate safely hid letters and mementos for Chris and other family members in a box under their bed.

Kate had been secretly writing cards to Chris until the year 2042, the date of his 65th birthday for over two years before her death, and upon telling him about the box made him promise to open the envelopes on the dates written on the front.

41-year-old Chris told the Daily Mail, "She called it a memory box, I knew about it a few years beforehand, but she never let me look inside. It's about the size of a shoe box and it's got butterflies, which Kate loved, all over it. I opened it for the first time on the day she died, July 23, 2016.

"She had told me there was a letter for me, as well as a card to open a week after her death. That was an emotional day, but Kate knew what to say to make me laugh and stop me feeling sorry for myself."

While the story is reminiscent of P.S. I Love You, the 2007 film based on a bestselling novel, starring Hilary Swank and Gerard Butler, Chris said that Kate had never seen the movie or read the book, and that it was just 'something she wanted to do'.