The test device was powered solely by sunlight, and although it was a small proof-of-concept device. 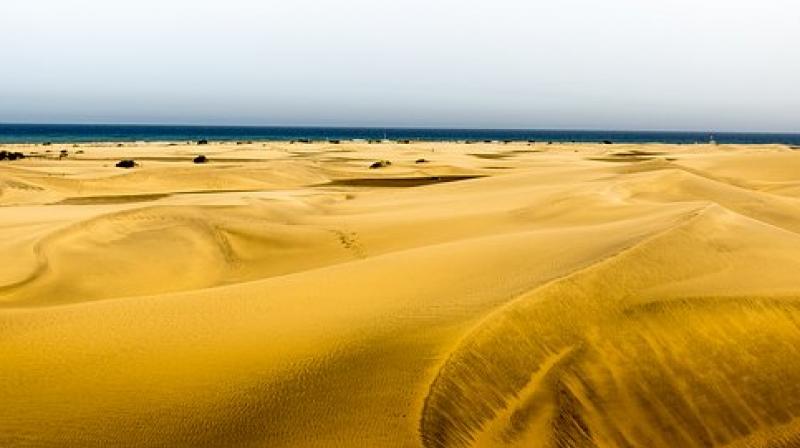 Even in the most arid places on Earth, there is some moisture in the air and extracting it could be a key to survival. (Photo: Pixabay)

Scientists, including one of Indian-origin, have developed a new device that can harvest drinkable water right out of the driest of desert air.

Even in the most arid places on Earth, there is some moisture in the air, and a practical way to extract that moisture could be a key to survival in such bone-dry locations.

Researchers, including Sameer Rao from Massachusetts Institute of Technology (MIT) in the US, have now proved that such an extraction system can work.

The device has been field-tested in the very dry air of Tempe, Arizona, confirming the potential of the new method, the researchers said.

The system, based on relatively new high-surface-area materials called metal-organic frameworks (MOFs), can extract potable water from even the driest of desert air, with relative humidities as low as 10 per cent, they said.

Current methods for extracting water from air require much higher levels - 100 per cent humidity for fog-harvesting methods, and above 50 per cent for dew-harvesting refrigeration-based systems, which also require large amounts of energy for cooling.

The new system, described in the journal Nature Communications, could potentially fill an unmet need for water even in the world's driest regions, researchers said.

The test device was powered solely by sunlight, and although it was a small proof-of-concept device, if scaled up, its output would be equivalent to more than a quarter-litre of water per day per kilogramme of MOF, they said.

With an optimal material choice, output can be as high as three times that of the current version, said Hyunho Kim from MIT.

Not only does this system work at lower humidities than dew harvesting does, but those systems require pumps and compressors that can wear out, said Rao.

"This has no moving parts. It can be operated in a completely passive manner, in places with low humidity but large amounts of sunlight," he said.

Whereas the team had previously described the possibility of running the system passively, Rao said, "now we have demonstrated that this is indeed possible."

The current version can only operate over a single night-and-day cycle with sunlight, Kim said but "continuous operation is also possible by utilising abundant low-grade heat sources such as biomass and waste heat."