A film on slum soccer champ

The film’s director, Nandi Chinni Kumar believes that the story has the potential to touch every soul. 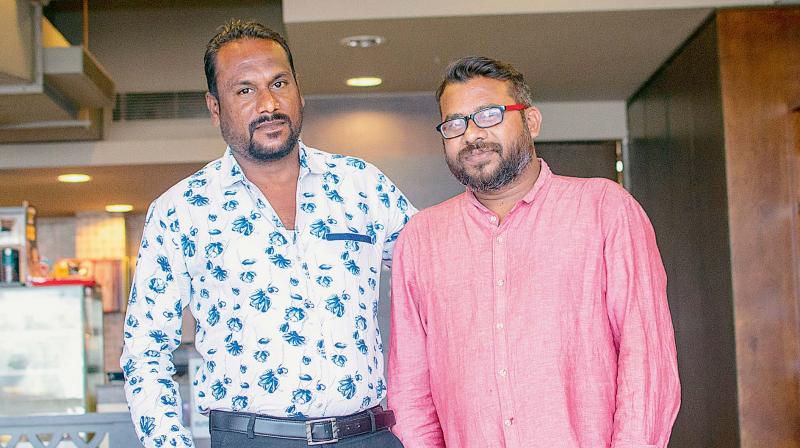 While it’s raining biopics in Bollywood, it’s usually the stories of big celebrities such as M.S. Dhoni, Saina Nehwal, Sania Mirza that are brought to the fore. Dangal, however, was an exception — the film beautifully showcased the story of the lesser-known Phogat sisters and went on to become a megahit. And now, Hyderabad-based filmmaker Nandi Chinni Kumar hopes to weave the same magic by making a biopic on Akhilesh Paul, a slum soccer player who was the Indian captain at the Homeless World Cup. Akhilesh’s story was earlier aired on popular show Satyameva Jayate hosted by Aamir Khan.

Tentatively titled Slum Soccer, Kumar says that Akhilesh’s story is so powerful that it had to be made into a movie. “I am glad that I acquired the rights against all odds. I will be writing and directing the film. The sports drama will be a Bollywood film but multilingual. The project is currently in the pre-production stage,” reveals the short-film maker.

Ask him why he is so determined to make a movie on Akhilesh, and he replies, “I have also played soccer and chess, and I was also an athlete, so I know the value of sports. When I was watching Satyameva Jayate, I was inspired by Akhilesh’s story. I tried contacting him through various platforms immediately and I was happy when he said yes. Many others from the industry had approached him as well, but Akhilesh wanted me to direct the movie as he loved my commitment to the project and was impressed by my previous short films.”

Narrating the soccer champ’s life story, Kumar states, “Akhilesh was born in the slums of Nagpur and was addicted to drugs and soon became a ‘don’ in his local area. But his new addiction of football changed his life, with him representing India in the Slum Soccer World Cup. Today, he teaches football to kids in slums and red light areas.” Interestingly, the director has been pitching the story to top production houses and is excited that a lot of them have shown interest. “I would love to cast Nawazuddin Siddiqui as Akhilesh,” he says.

Kumar is currently pursuing PhD in film studies at the University of Hyderabad  and plans to begin shooting by the end of the year, once the cast and crew are finalised.