The reason why a show featuring women comedians is being organised because this arena is male dominated. 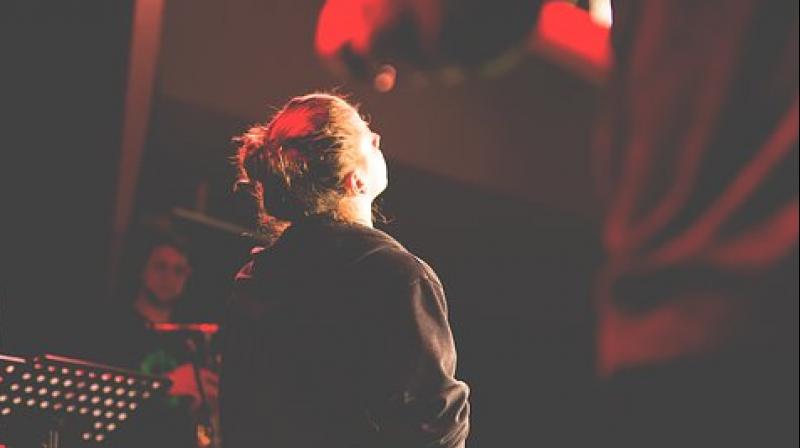 The outfit - Aks Foundation - has been working in the area of gender-based violence, primarily domestic violence and sexual assault. (Photo: Pixabay)

A Pune-based group is teaming up with some renowned female stand-up comedians to organise a show to create awareness about gender-based violence.

The show will be part of the group's annual event, 'Take Back The Night' (TBTN), on April 11 and help raise funds for women who have been victims of domestic violence and sexual assault, the organisers said.

The outfit - Aks Foundation - has been working in the area of gender-based violence, primarily domestic violence and sexual assault, and offers counselling, advocacy and support to victims.

"We provide support to victims of domestic abuse and violence in order to empower them and help them overcome the situation and become self-reliant," said Barkha Bajaj, a noted psychologist who founded the organisation.

She said the foundation has two types of programmes - intervention and prevention.

"In intervention, women impacted by violence, sexual assault or abuse call our 24/7 helpline number and we provide counselling, legal support or sometimes both," she added.

To provide legal support and help the victims get on their feet, funds are needed, Bajaj said.

"On prevention front, we organise various workshops in schools, colleges and other places to create awareness about domestic violence, good and bad touch and other issues," the Aks Foundation functionary said.

"Take Back The Night is our annual fund-raiser event that happens in April with the same title. Every year we do something different. Last time, it was music and poetry.

"Since this year it's going to be the 10th edition of TBTN, which has a tag line 'freedom to stand-up', we decided to organise a show featuring women stand-up comedians," Bajaj informed.

"The event is held in April because April is observed as sexual assault awareness month globally," she said.

The reason why a show featuring women comedians is being organised because this arena is male dominated, she maintained.

The show is going to talk about issues related to women and emphasise on the need to provide a safe environment for them, Bajaj said.

"We (women) should not be the one who should be told that we cannot go out in the night. We need to change the conversation around this. Maybe, we need to educate men more and make one thing clear that women will go out and it is the men who need to manage their behaviour," opined Bajaj.

Priya Parkhi, one of the organisers of TBTN, said the programme will feature four women stand-up comedians, including Niveditha Prakasam, the winner of TV show 'Queens of Comedy'.

"We want to create awareness in a lighter but sarcastic way. We don't want to make the whole thing very serious and preachy. We want to put it out as what is happening (how women are subjected to harassment).

"Niveditha is coming for the event and she herself did a piece during the (TV) show on the topic and we are happy she would be performing," said Parkhi.

Talking about the audience, she said they are expecting a mixed crowd. "We don't want this whole thing to be women-centric and feel men should also hear and get to know what is happening."

Asked about the content, she said the participants are working on it.

Besides Prakasam, the other stand-up comedians expected to perform at TBTN are Sonali Thakkar, Aayushi Jagad and Supriya Joshi.

Talking to PTI, Jagad said Bajaj had been in touch with them and she wanted really strong voices to show women can have fun and also talk about serious issues.

"I do a lot of stuff about feminism, situations faced by women, in a funny way. I know there is nothing funny about women going through different kinds of harassment on a daily basis, but I try to prove my point sarcastically and I love doing my stuff," she said.