Twitterati had some really funny responses that we couldn't ignore 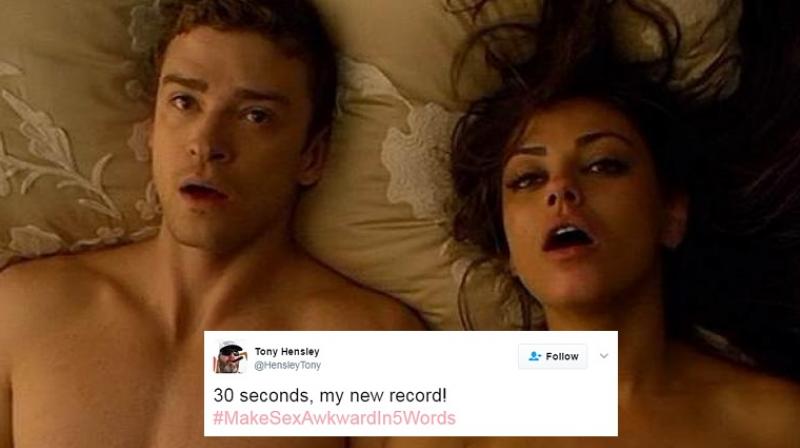 They talk about what Donald Trump would say, bring up exes and even family to ruin the moment for personal pleasure. (Photo: Youtube/Twitter)

Most couples talk quite a bit during sex and quite often it leads to a laugh that makes sex better or awkward for that moment. Twitter users recently revealed  the things they said or will say for #MakeSexAwkwardin5Words and they are really hilarious and weird.

While many spoke about their partner’s siblings being better in bed, there were others who would say the most annoying things like pen pineapple apple pen and Donald Trump was among them too. There is also a scary bit and some really weird things people say but here are some of the funniest tweets which left us in splits.

#MakeSexAwkwardIn5Words my ex loved that move

#MakeSexAwkwardIn5Words grandma died in this room