There’s more to tipping attendants while dining out than just how much to pay them. Renowned etiquette coach Suneeta Sodhi Kanga guides us. 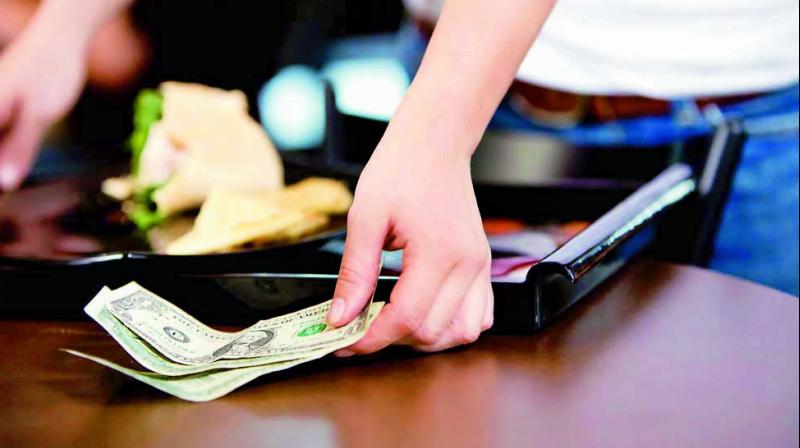 However, how much tip you offer to the one who serviced you is just one aspect of dining-out etiquette; there is a whole take on how one needs to offer the tip.

When it comes to the proper etiquette of dining out, most of us have grasped the basics. However, it is often still a challenge to get its nuances right. For example, despite being acquainted with table manners and the etiquette around the cutlery to use, most are not knowledgeable about tipping one's attendants at the table. Incidentally, several upscale places govern tipping as per certain conventions.

From knowing the right amount of tip to be paid to perfecting the correct manner of handing it over, here are some of the things you need to keep in mind. Suneeta Sodhi Kanga, a renowned etiquette coach, guides us through the maze.

Tipping scales
“In India, the general rule when dining in a restaurant is to tip 10 per cent of the total bill amount,” explains Suneeta. “However, in India, there is also a service charge of 10-12 per cent levied on the bill; in such cases, you aren’t expected to pay a tip. However, if you feel the service was exceptional, leave a tip amount of what you feel is right. It would help to remember that typically, 10 per cent says ‘thank you’, 15 per cent says ‘thank you very much’ and 20 per cent says ‘I am absolutely delighted’.” Suneeta then talks about a situation when a large group of people dine out together. “In such cases, the host generally pays a wholesome amount to the multiple servers and asks them to share it among themselves,” she says.

However, how much tip you offer to the one who serviced you is just one aspect of dining-out etiquette; there is a whole take on how one needs to offer the tip. ‘If you are paying by card and you see that the service charge has not been levied on the bill, you may ask the attendant to swipe your card for the amount you want to tip too. Alternatively, you may pay by card and hand over the tip in cash. However, be always put the tipping money inside the folder discreetly and do not be flashy about it,” Suneeta says.